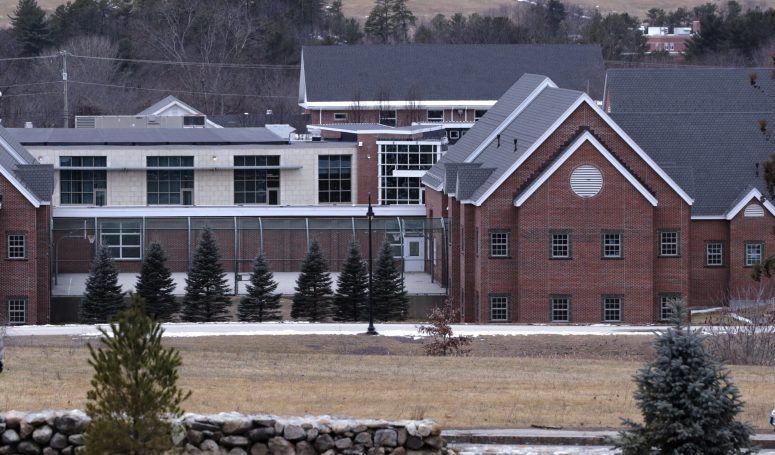 This Jan. 28, 2020, photo shows the Youth Services Center in Manchester, N.H. An attorney for a man charged with repeatedly raping a teenage boy at New Hampshire's state-run youth detention center in the 1990s said Friday, Jan. 31, the allegations are motivated by "money and greed." (AP Photo/Charles Krupa)
Associated Press

Gordon Thomas Searles, 65, of Brooksville, Florida, was charged with one count of rape a day after the arrest of six other former workers at the Sununu Youth Services Center. He was being held without bail in Florida, and it was unclear whether he has an attorney to speak on his behalf.

The Manchester facility, formerly known as the Youth Development Center, has been under investigation since July 2019, when two former counselors were charged with raping a teenage boy 82 times in the 1990s.

Those charges were dropped last year in order to strengthen the expanded investigation, but both men were arrested again Wednesday, along with four others based on allegations from 11 victims from 1994 to 2005.

Searles was one of several defendants named in a lawsuit filed last year in which more than 200 men and women allege they were physically or sexually abused as children by 150 staffers at the Manchester center from 1963 to 2018.

According to their attorney, children were gang raped by counselors, beaten while raped, forced to compete for food in “fight clubs” set up by counselors, and locked in solitary confinement for weeks or months.

The lead plaintiff, David Meehan, alleges that in 1998, Searles came into his room and saw that Meehan’s face was severely bruised, with a black eye and split lip.

“Searles asked, in a jocular tone, what had happened, at which point David began to cry and told Searles that he had been beaten and raped,” the lawsuit reads. “Searles cut him off, responding ‘Look little fella, that just doesn’t happen.’ Then Searles left.”