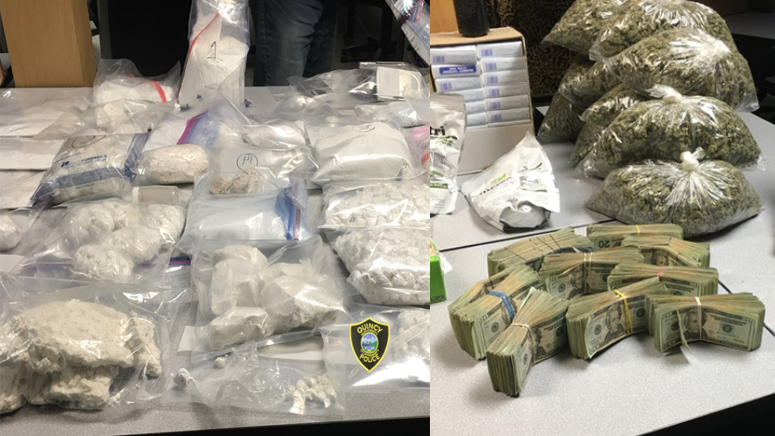 QUINCY, MASS. (WHDH) - Eight people were arrested after Quincy police busted a massive drug trafficking organization that had been operating in several communities on the South Shore, officials said.

Investigators executing four search warrants in Quincy and one in Weymouth seized about 18 kilograms of cocaine, fentanyl, crack cocaine, 11 pounds of marijuana, four handguns with extended magazines, one machine gun with an attached silencer, and about $384,000 in cash, according to the Quincy Police Department.

The drugs have an estimated street value of about $800,000, police noted.

The bust was the result of a monthslong investigation into drug trafficking in the area.

The names of those who were arrested are as follows:

Additional information is expected to be released at a later time.