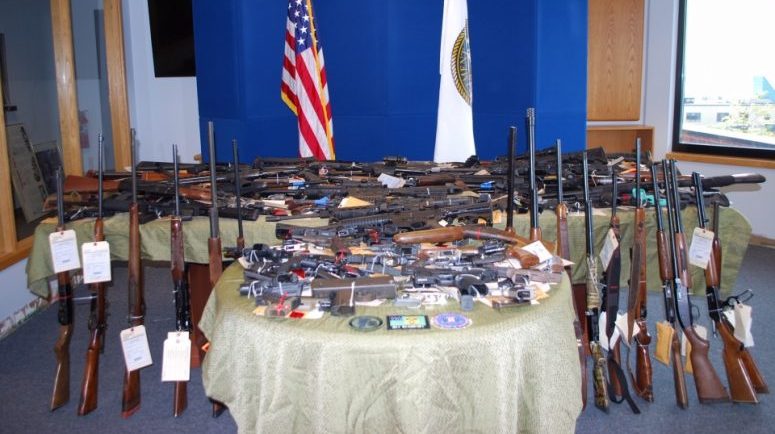 Courtesy of US Attorney's Office District of Vermont
Associated Press

BURLINGTON, Vt. (AP) — Up to 82 people are facing charges related to drug trafficking, unlawful gun possession and other federal violations after an 18-month multi-agency investigation targeting illegal trafficking of guns and drugs between Vermont and western Massachusetts, federal prosecutors said.

Law enforcement seized 128 firearms and 7,511 rounds of ammunition during the investigation from October 2018 to February of 2020, according to the U.S. attorney’s office. Many of the firearms had been stolen from Vermonters, purchased illegally at Vermont gun stores or illegally possessed, the office said Thursday.

“With every seizure of illicit firearms and drugs over the course of 18 months, Vermont families and communities are safer,” said Christina Nolan, U.S. attorney for Vermont.

She praised the efforts by the Bureau of Tobacco, Alcohol, Firearms and Explosives, the Drug Enforcement Administration, the FBI, the Department of Homeland Security, the United States Marshals Service, and the Vermont State Police.