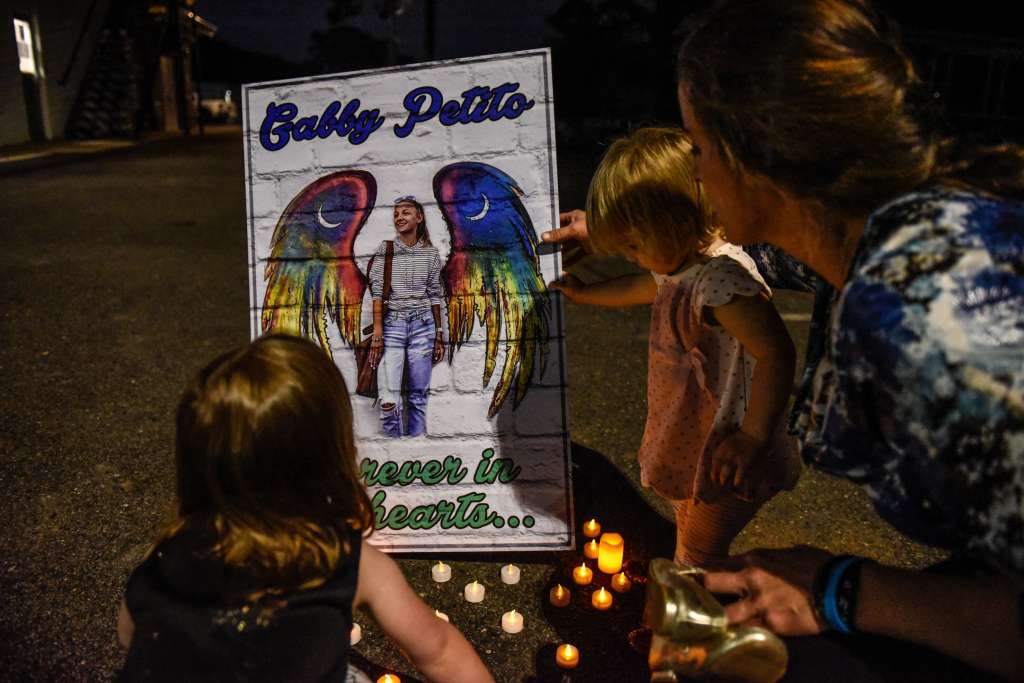 BLUE POINT, NY - SEPTEMBER 24: People gather to honor the death of Gabby Petito on September 24, 2021 in Blue Point, New York. Gabby Petito's hometown of Blue Point put out candles along main streets and in driveways to honor the teenager who has riveted the nation since the details of her death became known. (Photo by Stephanie Keith/Getty Images)

(CNN) — A Florida judge said he plans to issue an order within the next two weeks regarding a lawsuit filed by Gabby Petito’s parents against the parents of Brian Laundrie.

In a complaint filed in March, Joseph Petito and Nichole Schmidt alleged Christopher and Roberta Laundrie knew their son killed Petito and that they “acted with malice or great indifference” by not disclosing where her remains were.

In their court filings, Petito’s parents also said Laundrie’s parents “exhibited extreme and outrageous conduct” and requested “just compensation for the damages they have suffered, together with costs, and such other relief.”

Laundrie’s parents have filed a motion to dismiss the civil lawsuit.

Petito, whose disappearance last summer gripped the nation, was found dead in Wyoming after embarking on a cross-country trip with Laundrie, who was her fiance. A coroner ruled she died by strangulation. After returning to their Florida home alone and then leaving again, Laundrie was found dead weeks later. A medical examiner ruled he died by suicide.

An attorney for the Laundries argued Wednesday that “everybody has the right to their private enclave.”

“They don’t have to come and affirmatively state everything they know about everything,” attorney Matthew Luka said in court. “That’s just not the way our society works. It’s not how the constitution works. People are protected until they’re not.”

In response, the Petito family attorney said that the lawsuit doesn’t aim to force the defendants to say anything.

“That’s not what we’re doing,” the Petito family attorney said. “We’re seeking damages for their conduct.”

Petito’s parents sat next to their attorney during the hearing and at times, Petito’s mother was seen crying.

Separately, Schmidt has filed a lawsuit asking for monetary compensation for the “wrongful death” of her daughter and requesting a trial by jury.

No trial date has been set in the case.