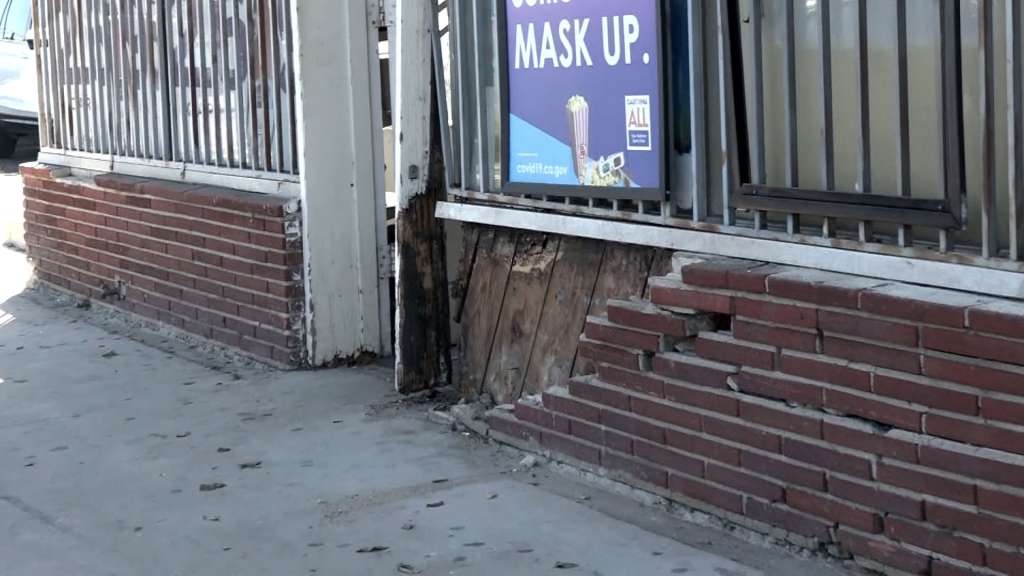 A man died after driving onto a sidewalk in attempts to strike pedestrians before bystanders pulled him out of the car and allegedly attacked him in California Saturday. Credit: KCAL/KCBS

(CNN) — A man died after driving onto a sidewalk in attempts to strike pedestrians before bystanders pulled him out of the car and allegedly attacked him in California Saturday.

The driver was involved in a verbal altercation around midnight inside a business in Hawthorne, after which he was asked to leave, the Los Angeles Sheriff’s Department (LASD) said in a news release. Hawthorne is about 15 miles from Los Angeles.

The man left but returned and drove his truck onto the sidewalk, nearly hitting multiple people, according to the release. He eventually lost control of his car and struck a tree.

Bystanders then tried to pull the man out of his truck but he was able to speed away before crashing into a building. The bystanders then pulled him out the car and a “physical altercation ensued,” the release said.

“Hawthorne Police officers saw the driver lying on the ground, suffering what appeared to be blunt force trauma,” the LASD said. “Paramedics provided life-saving measures, but he was pronounced deceased on scene.”

The driver’s identity has not been released. His cause of death will be determined by the Los Angeles County Coroner’s Office.

The Los Angeles County Sheriff’s Department and Hawthorne Police Department are investigating the incident and urge anyone with information to contact the LASD Homicide Bureau at (323) 890-5500.