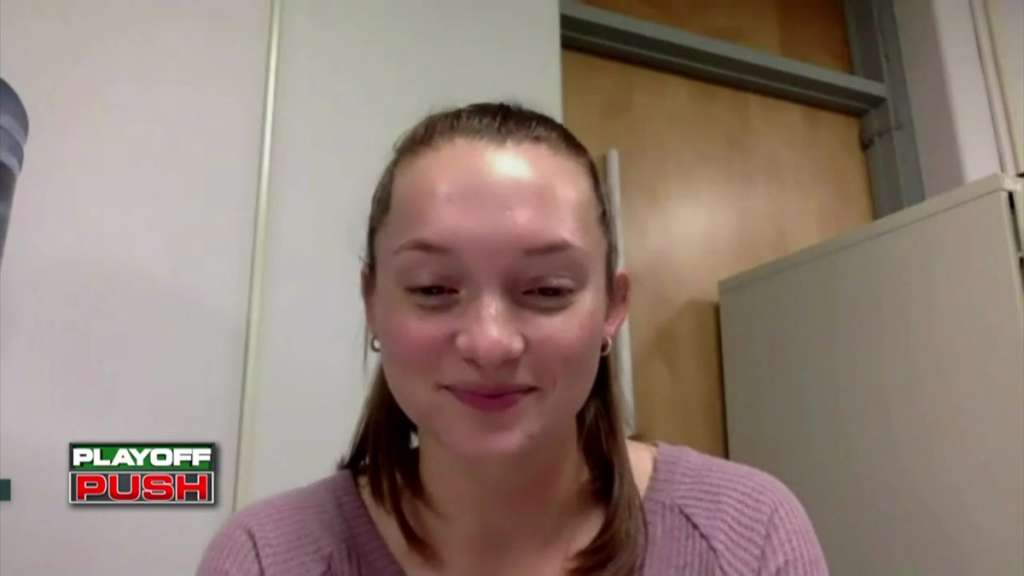 BOSTON (WHDH) - An impressive play by a Red Sox ball girl is getting the attention of some major league players.

The catch by Camille Desrochers during Game 5 of the ALCS drew a round of applause from fans and even the opposing team..

“There was a righty on the bat and I was like, ‘Well if it comes this way, I’m going to be ready to get it,” Desrochers said. “And I just saw it, saw the umpire call foul, of course, wouldn’t want to touch a fair ball,”

The Framingham State University softball player is in her first year as a Red Sox ball girl and while she’s caught a couple of fouls this season — a playoff ball is a first.

Desrochers could be seen sharing the moment and passing the ball off to a young fan in the stands.

“There’s always so many cute little kids who are like, ‘Please give me the ball,” she said. “So any opportunity I then get to give the ball to a little kid is just awesome.”

As will the rest of the Fenway Faithful, Desrochers said her eyes are on the do-or-die Game 6 in Houston.

“And then hopefully, if they do well, then the World Series will be a few games at Fenway and hopefully I’ll be able to get one but we’ll see,” she said.