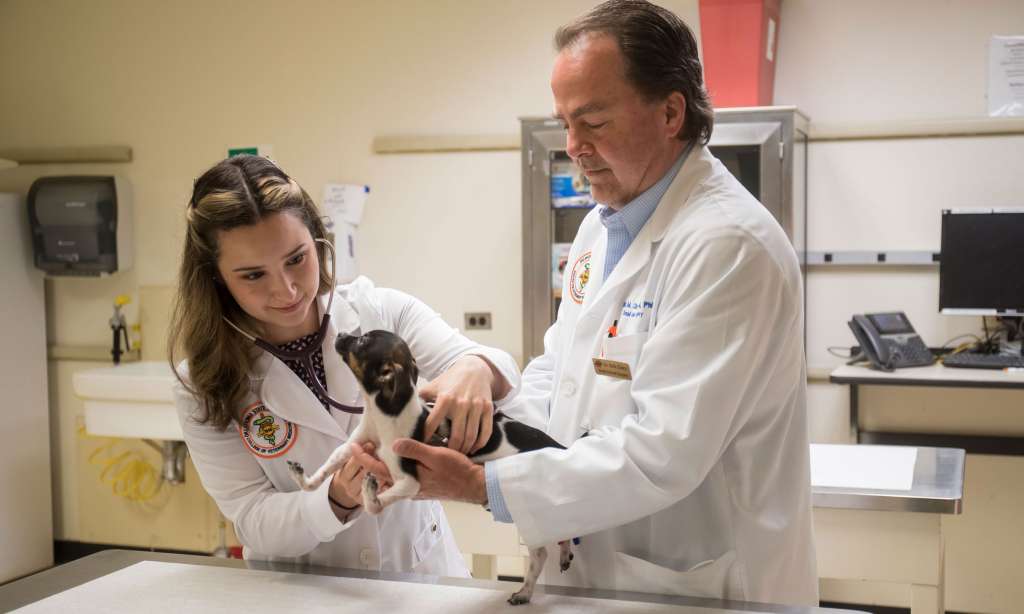 (CNN) — In many ways, Siggi was born an average puppy: sweet, cheerful and extremely playful.

But the spotted rat terrier was also quite unusual. Due to a birth defect, her front paws were upside down.

A team at Oklahoma State University’s College of Veterinary Medicine was able to give Siggi a chance at a normal life, after performing corrective surgery to bring the paws into the proper downward position.

The university’s Veterinary Teaching Hospital (VTH) had performed the surgery only once before, the university said in a press release on August 31. The first dog, a Coonhound named Milo, underwent successful corrective surgery in 2019.

“As with Milo, Siggi’s problem looked like it was in the paws, but it was actually in her elbows,” VTH animal surgeon Dr. Erik Clary said in the release. “For reasons not fully understood, these patients’ elbows come out of joint early in life and the result is severe rotation of the lower front limbs and an inability to walk. At most, they might muster a crawl that seems most uncomfortable and is poorly suited for a dog’s life.”

Siggi underwent a more complicated surgery than Milo because a CT exam showed “significant” deformity in the bones in the lower elbow, according to Clary.

“The CT helped us plan a more complex procedure that would require an intentional break high up in her ulna bone to de-rotate the limb,” Clary said.

On May 12, Siggi received the life-changing treatment, after which the elbows were placed in splints and an orthopedic fixator device while the bones healed.

Weeks later, Siggi’s bones were strong enough for rehabilitation and to begin learning how to walk again.

Clary said Siggi “proved a fairly quick learner… doing many things that puppies like to do, including chasing a ball in the yard.”

“Siggi found care and came to OSU’s VTH because Milo’s story was shared beyond our walls,” Clary said. “Milo has brought much joy to many people and I expect the same will be true of Siggi.”