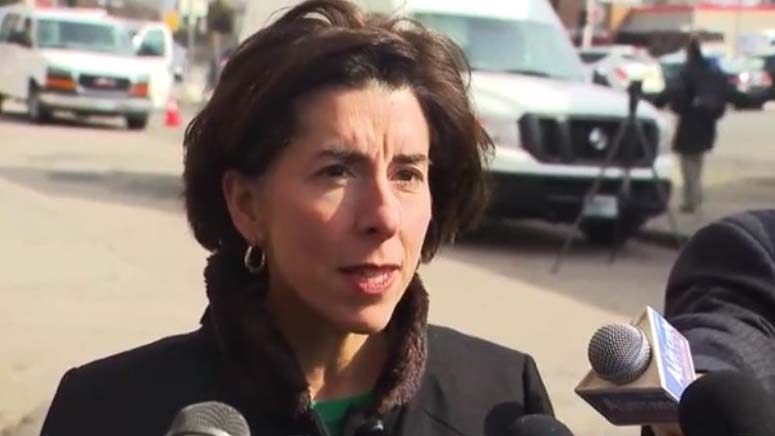 PROVIDENCE, R.I. (AP) — The American Civil Liberties Union of Rhode Island is questioning the constitutionality of Gov. Gina Raimondo’s directive allowing state police to stop vehicles with New York license plates to collect information from drivers and passengers in an effort to slow the spread of the coronavirus.

The Democratic governor on Thursday called the measure extreme but pointed out that the New York City area is the epicenter of the disease in the U.S.

While Raimondo has the authority to suspend some state laws and regulations to address a medical emergency, she cannot suspend the Constitution, ACLU of Rhode Island Executive Director Steven Brown said in a statement late Thursday.

“Under the Fourth Amendment, having a New York state license plate simply does not, and cannot, constitute ‘probable cause’ to allow police to stop a car and interrogate the driver, no matter how laudable the goal of the stop may be,” he said.

The governor’s directive is simply to ensure that travelers from New York staying in Rhode Island know they are required to self-quarantine for 14 days, Raimondo’s spokesman said.

“We’re dealing with an unprecedented, high-risk situation, and this action falls within the emergency powers granted to the governor to keep Rhode Islanders safe,” spokesman Josh Block said in an email Friday.

The information collected from travelers will be used only for public health reasons, not for police or immigration purposes, Raimondo said.

For most people, the virus causes mild or moderate symptoms, such as fever and cough that clear up in two to three weeks. For some, especially older adults and people with existing health problems, it can cause more severe illness, including pneumonia, or death.

Rhode Island’s Roman Catholic bishop is asking all the state’s Catholic churches to ring their bells for 5 minutes starting at 9 a.m. every Sunday and continuing until the coronavirus crisis is over.

“This symbolic gesture will speak to our whole community of the presence of God, will help to unite the diocese spiritually, and will signal hope for our people, reminding them that their churches are still there, eager to welcome them home in the very near future,” Bishop Thomas Tobin said in a statement.