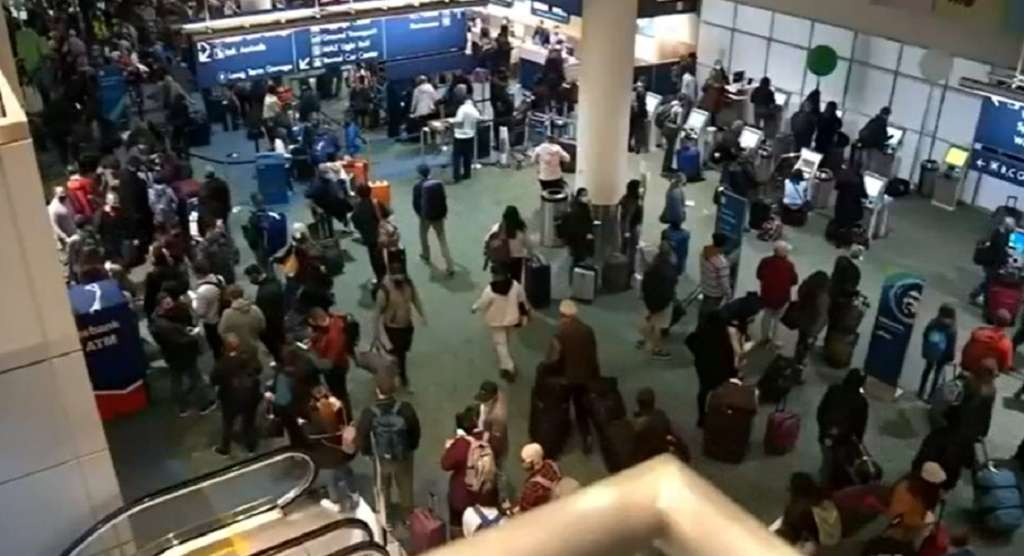 (CNN) — Flying in and out of the Dubuque, Iowa, airport on the banks of the Mississippi has been a breeze for the 100,000 residents of the county. The airport is small and easy to get through. Parking is free.

That all is set to end this September.

American Airlines, the only carrier providing regular service to Dubuque, is dropping its routes due to a lack of pilots needed to staff the regional jets serving the airport. The airline is also dropping service in Islip, New York, on eastern Long Island, Ithaca, New York, the upstate home of Cornell University, and Toledo, Ohio, for the same reason. It called the moves a “difficult decision.”

For most of the residents and businesses using the Dubuque airport, the chief alternative is going to be a three-hour drive to O’Hare Airport in Chicago, which is anything but easy to navigate or park at cheaply. Much of the drive isn’t even on interstate highways.

Beyond making travel more difficult, the decision is a major blow to the business prospects for the city and surrounding area.

“It’s certainly disappointing. Obviously, air service is important to the business community,” said Molly Grove, CEO of the Dubuque Area Chamber of Commerce. “They depend on it to bring in talent, or having talent fly out to other businesses. The time that is saved by not having to drive somewhere, you can’t beat it.”

But Dubuque and the other affected airports aren’t alone. This is a problem hitting more and more cities, and it is likely to be a growing concern in years to come, according to experts. United and Delta, the two other major airlines that use a hub-and-spoke network that relies on regional jets, are also cutting back service to some of the smaller airports they serve.

Despite efforts by airlines to hire more pilots, the US shortage is still forecast to get worse. And that will especially be true for the regional airlines serving these smaller cities on behalf of the major carriers. It is mainly those pilots who are being hired away to fly the larger jets.

Moreover, this problem is not simply the result of the disruptions in the US airline industry caused by the pandemic and the flood of early retirements that took place as a result.

“Communities were losing air service for the better part of the last decade,” said Faye Malarkey Black, CEO of the Regional Airline Association. “You don’t have to lose all your service to lose connectivity to the system. When you lose much of your frequency, businesses won’t want to locate in a place.”

The RAA’s stats show two dozen markets served by regional airports have lost half of their service in the last three years — and that doesn’t include the rounds of cuts planned for later this year. Another 42 markets have lost between one third and one half of service in that time frame.

Malarkey Black said the pilot shortage has left carriers with no options other than cutting back service. According to figures from aviation analytics firm Cirium, about 10% of full-size jets from Boeing and Airbus in US airlines’ fleets are not yet flying, even as travel demand has rebounded from pandemic levels. And more than 500 regional jets, or nearly a quarter the US regional jets made by major manufacturers Bombardier and Embraer, remain grounded.

“We don’t have all the pilots to operate all these aircraft,” she said. “Fewer pilots are entering the profession than are leaving it. It’s a great job. The problem is there are huge barriers of entry and [it’s] limited to those wealthy enough to pay for the training.”

Although Malarkey Black said she believes changes can be made in loan opportunities and other resources to bring more pilots into the field, other experts say they don’t think the trend will be reversed.