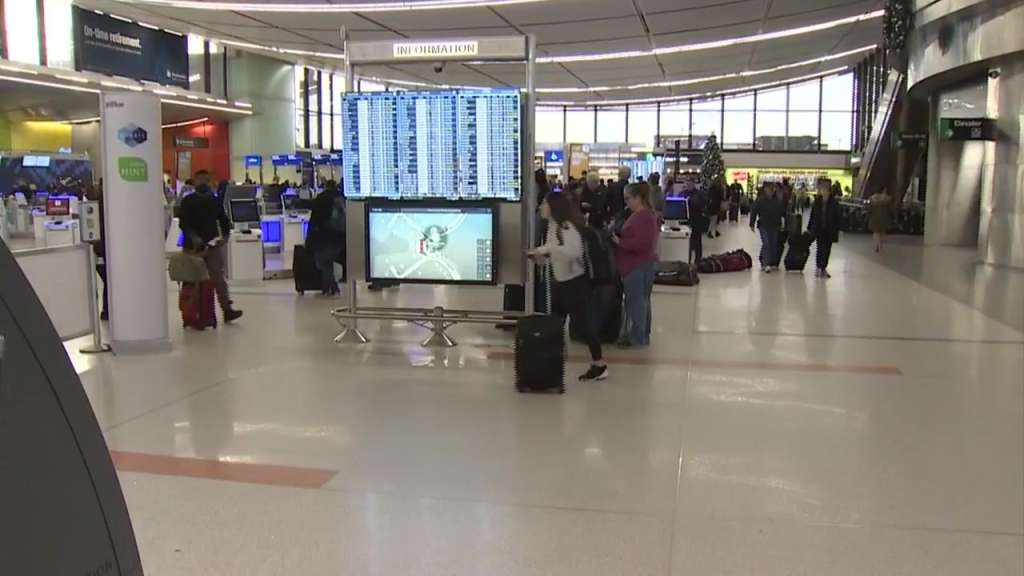 While a majority of the capital investment plan focuses on ongoing or completed projects, the new spending that Massport intends to carry out comes as passenger volumes for Logan International Airport and cargo passthrough at Boston’s Conley Container Terminal are trending upwards compared to last year but still remain below pre-pandemic levels.

Three-quarters of new spending over the next three years will head to aviation and repair projects, with $51 million slated for structural improvements to the upper roadway at Logan’s Terminal B. At the Conley Container Terminal, the quasi-public agency plans to spend $5 million and use another $20 million in federal grants to create additional container storage capacity.

Massport Capital Programs and Environmental Affairs Director Luciana Burdi said Logan Airport takes up a predominant portion of the capital investment plan with about $1 billion heading towards the airport.

Oftentimes, Burdi said, capital investment plans allocate more money to the first year rather than the later ones. But this plan, she said, evenly distributes funding across all three years “which highlights the health of our financial organization.”

There are risks that could impact spending over the next three years — COVID-19 persists, inflation is on the rise, supply chain disruptions lengthen project lead times, and economic sanctions limit access to specific materials.

“Many of these we’re all fully aware of and clearly these are things that we pay attention to on a day-in and day-out basis,” Administration and Finance Director John Pranckevicius said. “As we have done in the past, if we find that any of these things will materially impact our financial plan, we will obviously come back to the board and make recommendations on adjustments.”

The three airports Massport oversees — Logan Airport, Worcester Regional Airport, and Hanscom Field — are all in line for runway maintenance and improvements.

At Worcester Regional, a project to rehabilitate Runway 29 will cost $18 million while another $7 million will be used over the next three fiscal years to rehab Runway 5-23 at Hanscom. Safety improvements and maintenance for Logan Airport’s 15R-33L runway will cost $40 million.

“We have an extensive airfield program coming in these next three years,” Burdi said. “All these three projects are really happening in the spring and summer of 2023.”

Aviation Director Edward Freni said passenger levels are expected to increase over the next two weeks as people arrive in Massachusetts for the Boston Marathon and travel for April school vacation week.

Last month, a pair of consultants laid out a 10-year, $1 billion investment plan for Massport to achieve net-zero carbon emissions by 2031. As part of that plan, the quasi-public agency would need to look at cutting emissions from ground service equipment and on-airport traffic.

New projects over the next three fiscal years seek to reduce greenhouse gas emissions by replacing all airfield lights with LEDs, installing charging stations to promote the use of electric ground support equipment, and generating renewable energy on-site.

The investment plan also calls for $16 million to purchase eight enhanced electric buses for use on the MBTA’s Silver Line. Burdi said the buses will produce zero emissions while operating on the Logan Airport campus.

“We’re working with the MBTA to make sure that those buses meet the technical requirements in terms of racks for luggage and facilitate the experience that we’re looking for our passengers,” Burdi said.