Americans quit their jobs at a record pace in August 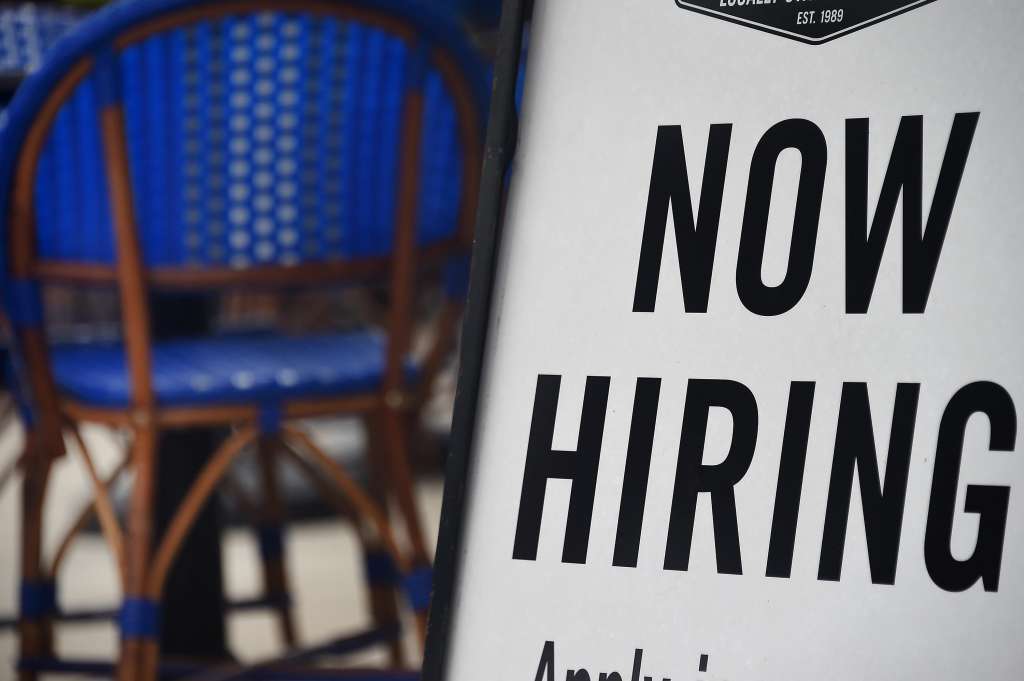 A restaurant displays a "Now Hiring" sign amid the coronavirus pandemic, on August 4, 2020 in Arlington, Virginia. (Photo by Olivier DOULIERY / AFP) (Photo by OLIVIER DOULIERY/AFP via Getty Images)

WASHINGTON (AP) — One reason America’s employers are having trouble filling jobs was starkly illustrated in a report Tuesday: Americans are quitting in droves.

The Labor Department said that quits jumped to 4.3 million in August, the highest on records dating back to December 2000, and up from 4 million in July. That’s equivalent to nearly 3% of the workforce. Hiring also slowed in August, the report showed, and the number of jobs available fell to 10.4 million, from a record high of 11.1 million the previous month.

The data helps fill in a puzzle that is looming over the job market: Hiring slowed sharply in August and September, even as the number of posted jobs was near record levels. In the past year, open jobs have increased 62%. Yet overall hiring, as measured by Tuesday’s report, has actually declined slightly during that time.

The jump in quits strongly suggests that fear of the delta variant is partly responsible for the shortfall in workers. In addition to driving quits, fear of the disease probably caused plenty of those out of work to not look for, or take, jobs.

As COVID-19 cases surged in August, quits soared in restaurants and hotels from the previous month and rose in other public-facing jobs, such as retail and education. Nearly 900,000 people left jobs at restaurants, bars, and hotels in August, up 21% from July. Quits by retail workers rose 6%.

Yet in industries such as manufacturing, construction, and transportation and warehousing, quits barely increased. In professional and business services, which includes fields such as law, engineering, and architecture, where most employees can work from home, quitting was largely flat.

Other factors also likely contributed to the jump in quits. With many employers desperate for workers and wages rising at a healthy pace, workers have a much greater ability to demand higher pay, or go elsewhere to find it.

The data from August is probably too early to reflect the impact of vaccine mandates. President Joe Biden’s mandate was not announced until Sept. 9. United Airlines announced its mandate in early August, but it was one of the first companies to do so. And layoffs were unchanged in August, the report found.

The government said Friday that job gains were weak for a second straight month in September, with only 194,000 jobs added, though the unemployment rate fell to 4.8% from 5.2%. Friday’s hiring figure is a net total, after quits, retirements, and layoffs are taken into account. Tuesday’s report, known as the Job Openings and Labor Turnover Survey, or JOLTS, includes raw figures, and showed that total hiring in August fell sharply, to 6.3 million from 6.8 million in July.

The data is “highlighting the immense problems businesses are dealing with,” said Jennifer Lee, an economist at BMO Capital Markets, in an email. “Not enough people. Not enough equipment and/or parts. Meantime, customers are waiting for their orders, or waiting to place their orders. What a strange world this is.”

Quits also rose the most in the South and Midwest, the government said, the two regions with the worst COVID outbreaks in August.

When workers quit, it is typically seen as a good sign for the job market, because people usually leave jobs when they already have other positions or are confident they can find one. The large increase in August probably does reflect some of that confidence among workers.

But the fact that the increase in quits was heavily concentrated in sectors that involve close contact with the public is a sign that fear of COVID also played a large role. Many people may have quit even without other jobs to take.

The sharp increase in job openings also has an international dimension: Job vacancies have reached a record level in the United Kingdom, though that is partly because many European workers left the U.K. after Brexit.