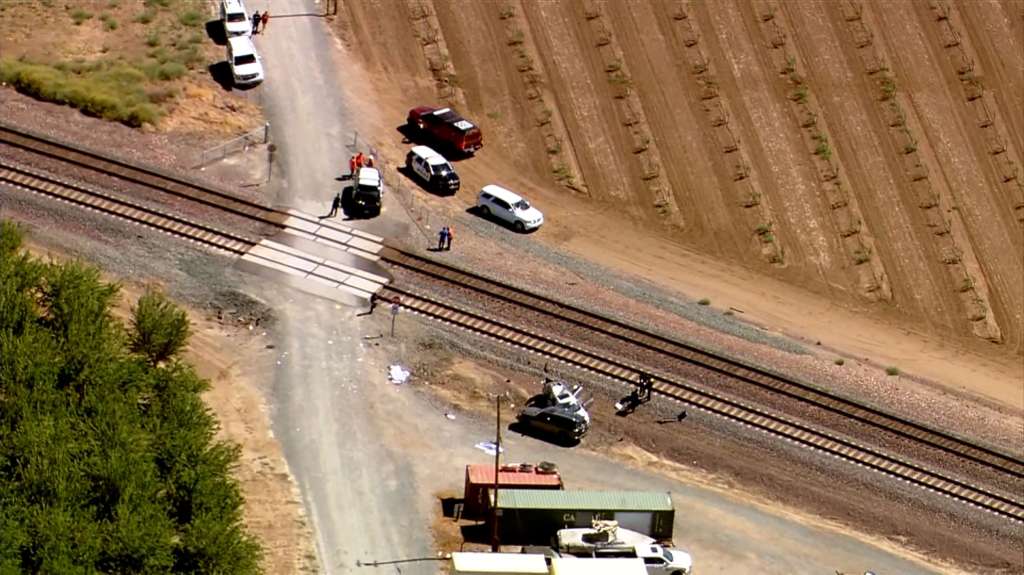 (CNN) — An Amtrak train passing through an intersection without crossing gates in rural Brentwood, California, collided with a passenger vehicle, killing three people and causing major injuries to two others on Sunday, according to officials.

All five victims were in the vehicle and were attending an event near the train route, said East Contra Costa County Fire Protection District Marshal Steve Aubert. The two people injured, an adult and a child, were airlifted to local hospitals and sustained major injuries, he said.

Aerial video of the scene from CNN affiliate KPIX shows a crumpled silver vehicle at rest near the train tracks. The crash occurred at a crossing with a stop sign on each side of the road but no gate arms that would warn of an oncoming train, the video shows.

Aubert said this wasn’t the first crash at that same crossing.

“It’s in the rural part of our district, so it’s a lot more farmland out there,” he said. “There are no crossing arms, there are no signals at that crossover, and it’s not the first accident that we’ve been to at that same spot. Trains are allowed to go up to 80 miles-per-hour along that stretch so it doesn’t take long for a train to catch up right at that crossing there.”

The Amtrak train was carrying 85 people and no one was injured, according to Aubert.

The railroad company BNSF is investigating the incident and says the line is currently open to train traffic.