An ex-Marine sharpshooter said he killed a baby and 3 others because God told him to, affidavit states 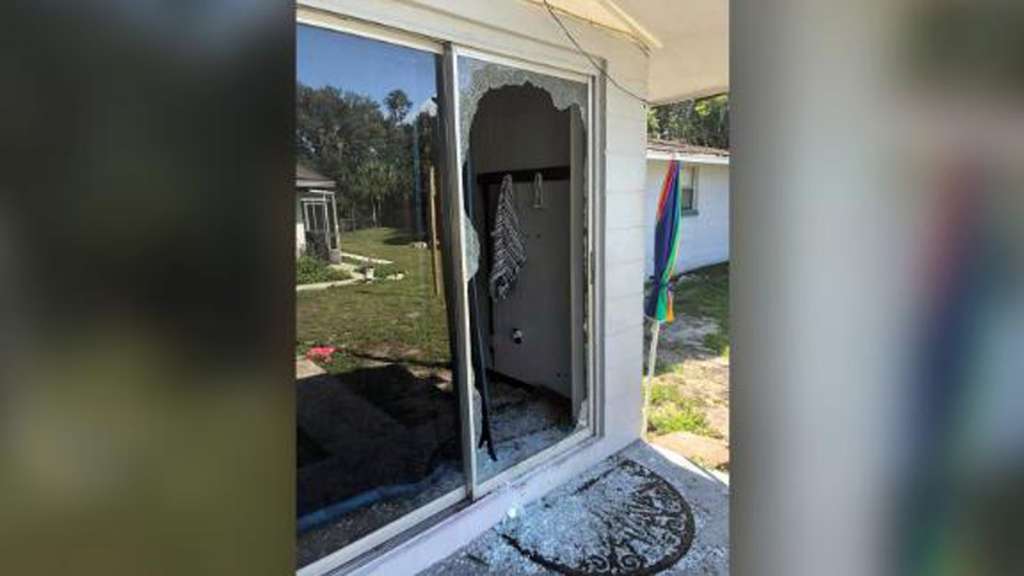 (CNN) — A former Marine sharpshooter who said he received messages from God broke into two homes outside Lakeland, Florida, early Sunday and fatally shot four people he didn’t know — including a 3-month-old baby — and wounded an 11-year-old, according to a criminal affidavit.

Outfitted in body armor, the suspect then barricaded himself in one of the homes and shot at law enforcement officers before eventually surrendering, Polk County Sheriff Grady Judd said. Once in custody, he tried to take a gun from a Lakeland police officer and had to be subdued, Judd said.

The quadruple homicide, which Judd described as an “active shooter rampage,” had no clear motive, and authorities said they did not believe the suspect knew any of the victims.

“We just know we had a madman with a lot of guns that shot and killed innocent people,” Judd said Sunday.

Authorities identified the suspect as Bryan Riley, a 33-year-old who lives in Brandon, about a 45-minute drive from the scene of the shooting.

Riley admitted to deputies that he shot several people and “stated voices and ‘God’ told him to do it,” according to the criminal affidavit. He shot the infant “because I’m a sick guy,” he allegedly said. “I want to confess to all of it and be sent to jail.”

He now faces four counts of first-degree murder as well as charges of attempted murder, arson, armed burglary and shooting into a building, according to a criminal affidavit.

Riley appeared in a Florida court Monday morning before Judge Heather Beato, who ordered him held without bond on the four murder counts, according to the 10th Circuit Trial Court Administrator Nick Sudzina. Riley was appointed a public defender and will be held in Polk County Jail, according to Sudzina.

Here is what we know about the shooting:

Four people were killed in the shooting and a child was wounded by gunfire, authorities said.

Each of the victims has multiple gunshot wounds, the affidavit said. The family’s pet dog, Diogi, was also shot and killed.

An 11-year-old girl had been shot multiple times and was airlifted to Tampa General Hospital for surgery. She is expected to recover. Another child who had earlier been missing was located alive and well, Judd said.

The incident began Saturday evening when a woman called authorities about a suspicious man, believed to be Riley, making odd statements at their home.

The caller said the man had parked outside their house and claimed that God had sent him there because a girl named “Amber” was going to die by suicide, according to a criminal affidavit. The caller did not have a daughter named Amber, but the man refused to leave, the sheriff said. The caller, joined by Gleason, told the man to leave and that they would call the police, spurring the man to leave the scene.

A deputy responded within six minutes and did not find the suspect or the car at the residence, Judd said.

About nine hours later, at about 4:30 a.m. Sunday, a deputy two miles away heard two volleys of automatic gunfire. Deputies responded and calls reporting an active shooting began coming in as well, the sheriff said.

On arrival, deputies discovered a truck on fire and heard popping noises from the vehicle. A series of glow sticks were laid out on the yard forming a path, Judd said. There, they saw a man wearing camo who quickly fled inside the home. Then they heard disturbing sounds.

“At that moment in time, we heard another volley and a woman scream and a baby whimper,” Judd said.

A lieutenant tried to enter the front of the house, but it was barricaded. The lieutenant then went to the back of the house and entered and came upon the same suspect, now outfitted in a bulletproof vest, camo, knee protection and head protection, according to the sheriff.

The suspect shot at the lieutenant, who returned fire and retreated out of the house, Judd said. The suspect then started shooting at other deputies, who also returned fire, he said. There were “at least dozens if not hundreds” of rounds fired between the suspect and deputies.

“It was a tough situation, and it entailed at least two shootouts in close quarter with the suspect,” the sheriff said.

There was a period of silence, and then the suspect came out with his hands up, Judd said. The suspect, who had been shot once, was taken into custody peacefully.

“If he’d given us the opportunity, we’d have shot him up a lot, but he didn’t because he was a coward,” Judd said Sunday. “You see, it’s easy to shoot innocent children and babies and people in the middle of the night when you’ve got the gun and they don’t.”

Photos posted by the Polk County Sheriff showed the extent of the damage to the home Sunday morning. A glass door appears completely shattered, two windows and a wall are riddled with bullet holes and a burnt truck sits outside the home.

While in custody, the suspect admitted to shooting several people and described the victims’ harrowing final moments, according to the affidavit.

“The suspect confirmed while he was shooting the victims, they were pleading for their lives and he continued to shoot them anyway,” the affidavit states. “The suspect admitted one of the victims was hiding and kept saying, ‘please no, please no’ while he shot her.”

Riley, the suspect, lives in Brandon, Florida, and did not appear to have any connection to the victims, authorities said.

The suspect was treated for injuries sustained during his apprehension and released. He is currently in the custody of the Polk County Sheriff’s Office, according to Judd.

Riley served in the Marine Corps from January of 2007 to March of 2011, according to military records. He achieved the rank of Corporal in July of 2009 and served as a Motor Vehicle Operator.

The suspect was honorably discharged and then he did another three years in the reserve, Judd said. He was deployed to Iraq in 2008 and Afghanistan in 2009-2010 as a designated sharpshooter, the sheriff said.

Judd said the suspect worked as a bodyguard and security guard for ESS Global Corp, but the company issued a statement Monday saying he was not an employee. ESS Global said Bryan was an independent contractor who worked for them three days over the past two years.

He has a concealed weapon’s license and no criminal history aside from a “small charge” as a teenager, the sheriff said.

“We’re not dealing with a traditional criminal here. What we’re dealing with is someone who obviously had mental health issues at least this last week, had PTSD,” Judd said.

In an interview with deputies, the suspect described himself as “a survivalist” — a term that generally refers to a person who proactively prepares for a post-apocalyptic world — and confessed to being on methamphetamine, Judd said.

The suspect’s girlfriend told authorities that he had been diagnosed with Post-Traumatic Stress Disorder (PTSD) and had been acting erratically in the past week, saying that he was receiving visions from God, according to the sheriff.

“She said he had PTSD. ‘I’ve seen him depressed. I’ve never seen him violent,’ she said,” Judd said. “But a week ago today, meaning last Sunday, he did security at a church in Orlando. And he came home and he said, you know, God spoke to him and now he can talk directly to God. And she said, ‘I’ve never seen that kind of behavior.'”

After visiting the victims’ home on Saturday night, Riley had returned home at about 10 p.m., and he told his girlfriend that God told him to intervene and prevent “Amber’s” suicide, according to the affidavit. The girlfriend tried to reason with him, but he locked himself in a room, the affidavit states.

When she woke up the next morning, she discovered he was not home, and his cell phone’s GPS coordinates were in the driveway of the shooting’s location, the document states.

Correction: An earlier version of this story misspelled the first name of suspect Bryan Riley. This story has also been updated to clarify Bryan’s employment with ESS Global Corp. The company corrected information given by the sheriff and said Bryan was an independent contractor.