Analysis: How the widening war in Ukraine will cost the world 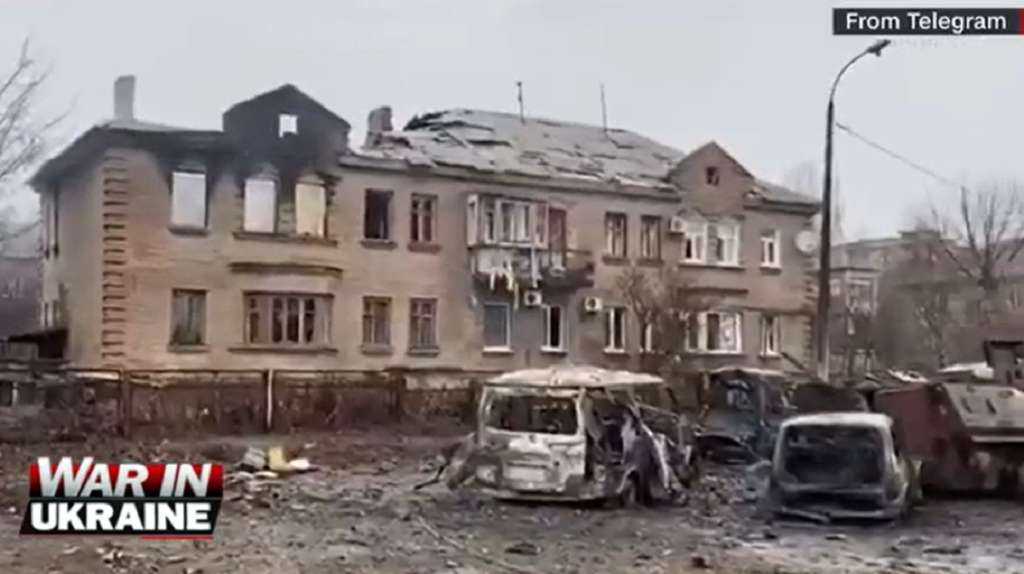 (CNN) — The vicious epicenter of the war in Ukraine now rests in the scorched cities of the east and the south. But the conflict’s reverberations are widening in a way that will leave few people on Earth — from small-town America to poverty-stricken Africa — untouched.

Many wars, from World War I to the conflict in Iraq, at first seem certain to end quickly with a short, violent shock. But often they confound such predictions, degenerating into protracted slogs with domino effects that cause distant and far-reaching political, economic and humanitarian effects.

Russia’s war on Ukraine is following this pattern. After starting with predictions of a blitzkrieg to seize Kyiv two months ago, the war is set to drag on for weeks and months, if not longer.

The consequences of a war that last even that long are grave. Given Russian President Vladimir Putin’s vicious assault on civilians it will mean many more Ukrainian dead and almost inevitably more atrocities and war crimes. There will be an ever present danger of the war spilling over and causing a wider conflagration — both militarily and in a growing showdown over Russia’s energy exports, which Europe badly needs.

Any time two nuclear powers as large as Russia and the US are locked in even an indirect conflict, as is the case given Washington’s massive injection of arms into Ukraine, the possibility of a direct confrontation remains.

And a longer war means more uncertainty for Western leaders.

Global food insecurity is likely to worsen from a ruined Ukrainian harvest, potentially adding to destabilization and unrest around the world.

In the US, it will also cost people already struggling with inflation, soaring grocery bills and ballooning costs of filling up their gas tanks, which could spell huge political problems for President Joe Biden in a midterm election year.’

Why the war will drag on

There is one core reason why the war will drag on.

The strategic picture in Ukraine, with the country far from defeat and the invader not yet vanquished, means neither side has a burning incentive to pursue urgent diplomacy to end the war.

Ukraine has no trust for Putin following his unprovoked invasion, which was meant to crush its independence and national identity, and the carnage he has visited on the country. The heroism of its citizen army and the accelerating flow of offensive western arms is encouraging hopes of victory in Kyiv.

Putin, meanwhile, has not yet achieved any of his goals after a humiliating pull back from the outskirts of Kyiv. Despite reported heavy losses of men and materiel, his generals have laid out new war aims for their troops to grind out — the seizure of the entire southern Ukrainian coast — to strangle the country by cutting off its access to the Black Sea.

The United States has recognized these developments with a shift in strategy laid out this week that seeks to use an effective proxy war to weaken Russia so severely it can no longer threaten Europe.

But Ukraine fears a widening of the battlefield. Officials warned Wednesday of a possible new front in the south-west along the Moldovan border, involving the pro-Russian enclave of Transnistria.

And the threat of a full-blown energy war that could trigger a recession and severe hardship in Europe — and knock-on effects in the US — became more likely Wednesday when Russia cut off gas supplies to Poland and Bulgaria, two NATO members that were once in the Soviet Union’s orbit.

Everyone suffers from a longer war

The primary result of a longer war — one that has already featured some of the worst atrocities in Europe since the Nazi era — will tragically mean many more Ukrainians will be killed or forced from their homes. But the deprivation and threat to life will not be contained within the country’s borders.

Indications that war will go on for months will worsen increasingly dire economic shock waves. The World Bank, for instance, warned on Wednesday that the conflict had already caused the worst spike in commodity prices in 50 years. In the US, this means more expensive grocery bills for Americans — and deeper political headaches for Biden.

But it’s worse in the developing world. Rising grain prices in nations afflicted by poverty and already poor nutrition are a life-and-death issue for millions of people.

Fast-moving indications of a widening footprint of the Ukrainian war on Wednesday coincided with more nuclear saber rattling by Putin, who warned that Russian foes who interfered in Ukraine would face a heavy price.

“We have all the tools for this. Ones that no one can brag about. And we won’t brag. We will use them if needed,” Putin said.

The frightening rhetoric may be a sign Russia is feeling pressure because its goals for the invasion have so far fallen short of its expectations. But his words are a worrying reminder of the constant danger of an escalation of the conflict, especially since the US is testing Russia’s red lines with its gusher of weapons systems flowing into Ukraine.

In Washington and Moscow, there is now a common acknowledgment that this war is about far more than Ukraine, and may be the opening engagement in a prolonged and wider geopolitical struggle.

“If Russia gets away with this cost-free, then so goes the so-called international order, and if that happens, then we’re entering into an era of seriously increased instability,” Chairman of the Joint Chiefs of Staff Gen. Mark Milley told CNN Tuesday.

British Foreign Secretary Liz Truss warned the world must be prepared for “the long haul” against Putin, whom she described as “a desperate rogue operator.” She argued the West should not just arm Ukraine but nations in the western Balkans, Moldova and Georgia to counter the Russian threat — prompting Moscow to warn that outsiders should not “pump up” those countries with weapons.

“Geopolitics is back,” Truss said in a speech in London. “After the Cold War we thought peace, stability and prosperity would spread inexorably around the globe. … We were wrong.”

Russia’s top brass also appreciates the wider dimensions of a conflict that has destroyed the certainties of the post-Cold War world, and turned their country into an international pariah.

“Now, we are at war with the whole world,” said top Russian Gen. Rustam Minnekaev in comments cited by the Financial Times and the B.Z. newspaper in Berlin.

What a longer war will mean for Americans

Assuming that Biden succeeds in his primary aim of preventing a disastrous direct conflict between the two most heavily nuclear-armed superpowers, the impact in the US of a longer war in Ukraine will be mainly economic and political.

It will profoundly touch the lives of Americans — and Biden’s own political prospects, not just in a midterm election year projected to bring heavy losses for Democrats but also in the run-up to his possible 2024 reelection race.

The World Bank’s warning about commodity prices must have alarmed the White House and underscored the fact that Ukraine was about the worst place for a war to break out at a time of already high food and energy prices. That’s because Russia, now facing crushing Western sanctions, is a major exporter of natural gas, oil and coal. Ukraine — the “breadbasket of Europe” — is a key source of wheat and corn. The likely wholesale disruption of its harvest this year could be a disaster.

With inflation already running at the highest levels since the 1980s, Biden is being accused of botching the economy, despite a strong overall recovery since the pandemic and historic job creation numbers.

Another wave of rising food prices in the run-up to the midterms could doom Democratic congressional candidates.

So far, Biden is trying a questionable strategy of blaming high inflation on the war, calling it “Putin’s price hike,” even though high prices predated the invasion. Such nuance is unlikely to survive the brutal reality of the campaign trail, where Republicans are already leaning into a simple message about soaring grocery bills, which could render Democratic attempts to tie them to the extremism of ex-President Donald Trump less salient.

The war could also hurt Biden beyond its economic impact.

The President has united the Western alliance behind an effort to punish and isolate Putin, which has restored a reputation for foreign policy chops badly tarnished by the botched US withdrawal from Afghanistan last year.

But recent polls have suggested that the war is far from a political winner for the President, even as he’s stayed good to his word to keep US soldiers out of the fight. When he beat Trump in 2020, no voter thought that they were signing up for a proxy war in Europe with Russia, far less a rerun of the Cold War and blood curdling nuclear rhetoric that may endure at least as long as Putin is in office.

The shocking turn of events in Europe is a reminder that the best laid plans of Presidents always get overturned — and of how Biden’s administration has been hostage to events beyond its control.

But it’s questionable how long the attention of US voters will remain on the war in Ukraine given the struggles many are facing at home. If the visibility of the war fades as it degenerates into a protracted attritional conflict, Biden’s efforts to pin the blame on Putin for its economic blowback will get harder.

And a President with a 41% approval rating, according to the latest CNN average of recent national polls, will be vulnerable to another broad GOP charge heading into the midterms — that he’s fumbling while the world burns.

Prolonged high inflation, a sense of economic malaise, and a backdrop of global chaos would also seed fertile ground for the demagogic, populist nationalism of Trump as he gears up for a possible 2024 rematch with Biden.