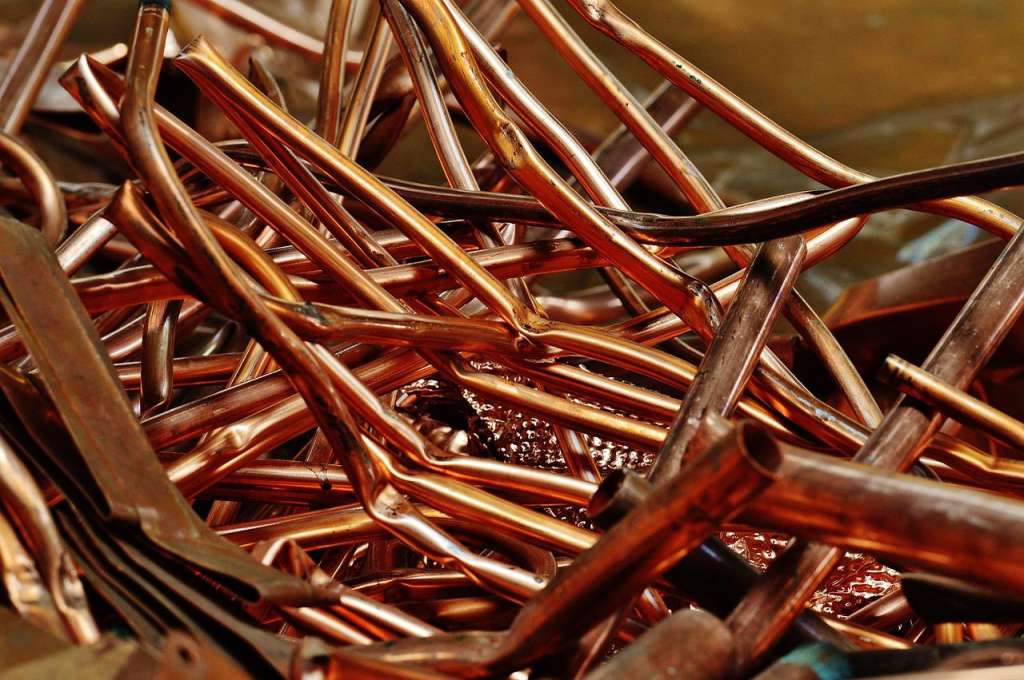 (CNN) — Some investors look to copper prices as a bellwether for the global economy. If you’re one of them, you have good reason to be worried.

“Copper prices are just starting to account for the fact that global growth is slowing,” Daniel Ghali, director of commodity strategy at TD Securities, told me.

The metal is used in many construction materials, including electrical wires and water pipes. That means it’s often viewed as a proxy for economic activity, since demand tends to heat up when the economy is expanding and cool when it’s contracting. It’s affectionately referred to as “Dr. Copper” among traders because of its alleged talent for prognostication.

Earlier this year, after Russia invaded Ukraine, the price of copper shot up, along with other major metals. (Before the Bell readers will recall that the disarray led the London Metal Exchange to temporarily halt the trading of nickel in March.)

Russia accounts for 4% of global copper output and almost 7% of nickel output, according to S&P Global. Traders were nervous that supply could run short just as the economic recovery from the pandemic was ramping up, and they started hoarding aggressively.

Now, as recession fears take hold, prices are heading in the opposite direction.

This just in: The first look at a closely-watched economic gauge for June affirmed that economic activity is sliding into a lower gear as high food and fuel prices bite.

The Purchasing Managers’ Index released by S&P Global on Thursday found that private sector output slowed “sharply” in the United States this month.

“Having enjoyed a mini-boom from consumers returning after the relaxation of pandemic restrictions, many services firms are now seeing households increasingly struggle with the rising cost of living, with producers of non-essential goods seeing a similar drop in orders,” said Chris Williamson, chief business economist at S&P Global Market Intelligence.

Businesses have also become much more stressed about the outlook as the Federal Reserve aggressively hikes interest rates in an attempt to put a lid on price increases.

“Business confidence is now at a level which would typically herald an economic downturn, adding to the risk of recession,” Williamson said.

In Europe, growth in June dropped to a 16-month low, according to the PMI reading for the 19 countries that use the euro.

And China, which has been a crucial engine of global growth, is still struggling with the aftershocks of its Covid lockdowns and fallout from a real estate slump. The country’s economy showed some signs of improvement in May, but retail sales contracted for a third month in a row.

What happens next: Growth in China is expected to pick up later this year, and prices for copper and other base meals should rebound at that point, Darwei Kung, portfolio manager for commodities at DWS, told me. It’s just not clear when that moment will arrive.

“They are coming back, it’s just a matter of timing,” Kung said.

In the meantime, prices could drop further as anxiety about the economy persists.

“Over the medium term, copper prices do have more room to fall, especially as we stare down the barrel of a recession,” Ghali said.