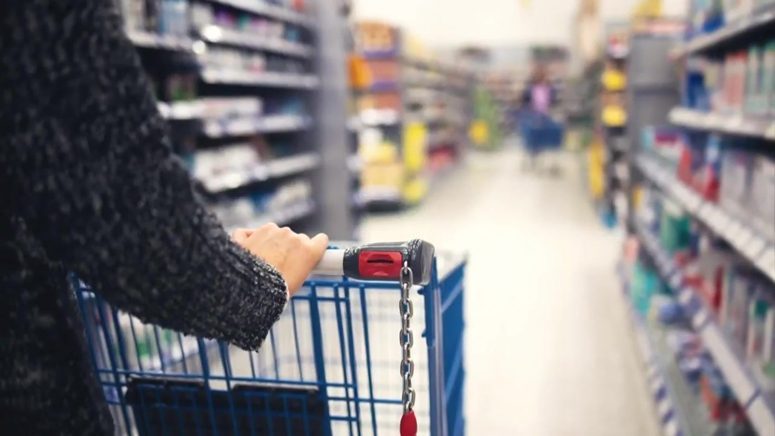 The Baker administration is hopeful that an application change set to take effect this summer will help more MassHealth recipients access food assistance benefits, targeting a gap that has affected hundreds of thousands of Bay Staters.

Amid a steady increase in households served by public benefit programs, residents applying online to enroll in MassHealth starting this July will be able to indicate they also want to be considered for the Supplemental Nutrition Assistance Program, or SNAP, Department of Transitional Assistance Commissioner Amy Kershaw told lawmakers on Tuesday.

That change, Kershaw said, will allow anyone seeking to join the state’s combined Medicaid and Children’s Health Insurance Program to simultaneously have “information in their application for MassHealth to be transmitted to DTA to be considered the start or initiation of an application for SNAP.”

Kershaw said the changes will build on other work over the past year, including a pilot program the state launched alongside Boston Medical Center to offer a common application and expanded outreach to MassHealth members, to ensure that eligible low-income families are not leaving food assistance benefits on the table.

“The administration’s been committed to trying to figure out how to close the SNAP gap, and these efforts combined will continue to do that,” she told the Joint Committee on Ways and Means.

Anti-poverty advocates have said for years that hundreds of thousands of low-income residents who are enrolled in MassHealth are likely eligible for SNAP, but are not receiving the federally funded, state-administered benefits once known as food stamps.

In March 2021, the Massachusetts Law Reform Institute estimated that more than 700,000 residents fell into the “SNAP Gap” because MassHealth and SNAP were administered separately.

Lawmakers and reform supporters have called for the state to combine MassHealth and other public benefits, including SNAP as well as cash aid programs, into a common application to close the gaps.

DTA has also recently rolled out additional changes allowing applicants for various programs to do so entirely online without needing to visit one of the department’s 20 offices, Kershaw said.

Caseloads for SNAP as well as the the Transitional Aid to Families with Dependent Children program (TAFDC) and the Emergency Aid to the Elderly, Disabled and Children program (EAEDC) are all above pre-pandemic levels, with EAEDC in particular now at a record high.

Interest in receiving assistance accessing food or cash aid has fluctuated over the course of the pandemic, Kershaw said, but has been increasing in recent months even as other indicators of the state’s economy such as the unemployment rate show steady improvement.

About 600,000 households representing nearly 1 million people — close to one in seven Bay Staters — were enrolled in SNAP in December, Kershaw said. That’s about 30 percent higher than the program’s caseload before COVID-19 hit and stands roughly 10 percent above the pandemic-era high in spring 2020.

Demand for both cash aid programs increased early in the pandemic. Caseloads for both began dropping around the summer of 2020, then rebounded in the late summer and early fall of 2021, with TAFDC showing a sharper increase.

Kershaw said two events last year contributed to the recent growth. Under a change lawmakers approved that took effect in July, the income thresholds and benefit amounts for both TAFDC and EAEDC increased 20 percent and asset limits for both programs were eliminated. And then in September, access ended to federal enhanced unemployment benefits that had been in place for most of the pandemic.

“We had a very significant and fairly steep increase, and we are tracking those caseload trends very closely so we have a sense of what the impact will be going forward,” Kershaw said.

Asked by lawmakers what she expects the TAFDC and EAEDC caseload to be in the coming fiscal year, Kershaw described the question as “the worry of the day.”

“Our economic assistance accounts and also our SNAP accounts have experienced incredible volatility during the course of the pandemic as federal policies waxed and waned and as new state-level policy changes came in,” she said. “I think we’re a little early in the data collection effort, but we are anticipating continued growth. I think it’s the pace of growth we’re going to be monitoring closely.”

Kershaw replied by describing “a lot of volatility” in caseloads.

“It’s difficult at this moment to predict exactly what FY23 is going to look like,” Kershaw said. “I think we’re going to have a better, more solid projection once we’ve had a couple of months of data. The changes came fairly quickly. We saw this dramatic increase. We’ve been anticipating a leveling off. We’re starting to see a deceleration in the applications, which is a leading indicator for what caseloads will look like. So we do anticipate having updated numbers for FY23 in the next several months.”

The budget would additionally make $9 million available for DTA and the Department of Early and Education and Care to help clients access child care. Kershaw said it would also “for the first time” prioritize helping SNAP-enrolled families participate in employment programming.