As flood alerts lit up phones in NJ and NY, did ‘warning fatigue’ set in? 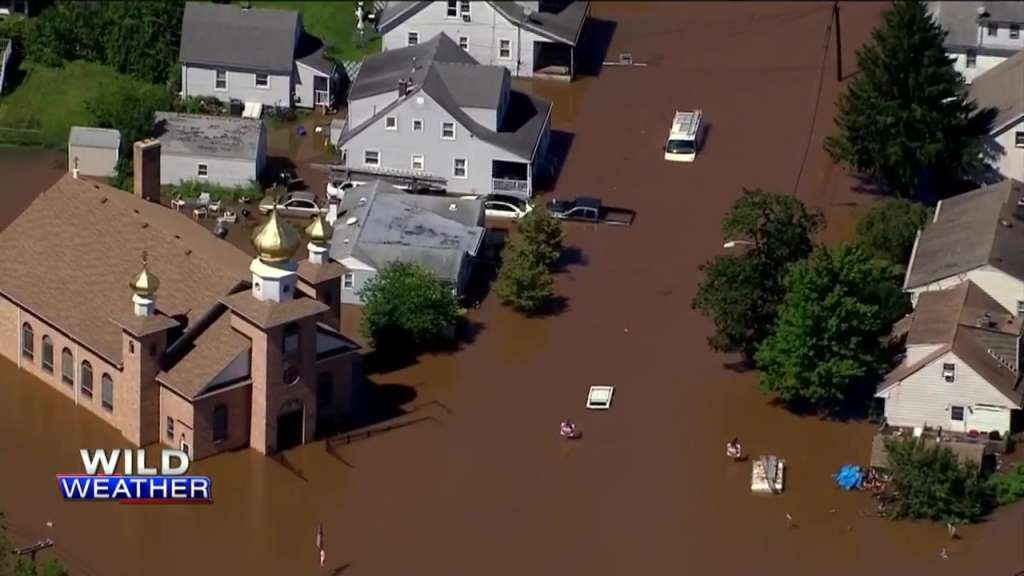 The first alerts of severe weather blared across millions of phones at 8:41 p.m. that night when the National Weather Service warned of dangerous flash flooding from the looming storm. Officials would issue three more alerts, late into the night, urging people to immediately head for higher ground and to stay out of rising floodwaters.

A barrage of other alerts from a litany of apps lit up phone screens throughout the night — prompting some to wonder if people were just too inundated with information to take the threat seriously.

Experts call it “warning fatigue,” and no one can be sure what role it might have played in a tragedy that killed at least 49 people across the Northeast, including 25 in New Jersey and 11 in New York City — many drowning in their basement apartments or in cars trapped in submerged roadways.

The weather service acknowledged that in the past, alerts were being pushed out too often. There’s been lots of handwringing over how to get more people to heed warnings.

“It’s either they don’t believe the information that they’re hearing — they can’t verify it — or there’s some other reason that is completely out of anybody’s control,” said Ross Dickman, the meteorologist in charge of the National Weather Service in New York.

“It’s up to that individual,” he said, “but I think we need to do more work in understanding why people make the decisions that they do when they receive information and help get them to understand the impacts.”

In some cases, people tried to flee too late and became trapped by floodwaters gushing so quickly, and with such force, that they could not open their doors to escape. Others might not have fathomed that flash flooding could also transform roadways into raging, impassable streams.

Last year, the federal weather service revamped its criteria for issuing alerts, mindful that it might have been overusing the Wireless Emergency Alert system, which first went into operation in 2012 and now broadcasts urgent warnings to more than 300 million cellular devices.

The weather service established a three-tier system in which alerts would only be sent out for the most severe flooding. Wednesday was the first time it issued an alert for the most catastrophic level for flash floods in New York and New Jersey, Dickman said.

The ubiquity of cellphones makes the devices a key tool for urgently informing the public of dangerous weather, including hurricanes and tornadoes. It’s also used for Amber Alerts to enlist the public to help locate missing children. Authorities have also used cellphone alerts to help authorities nab dangerous people, including a terrorist who set off a bomb four years ago in New York City’s Chelsea district.

New York City now has a million people subscribed to its wireless alert system that informs of a host of developments, including flooding but also disruptions in subway and other city services.

“People drowning in their basement apartments, in cars and so on is not something we typically would ever see in New York, ”said Irwin Redlener, a founding director of the National Center for Disaster Preparedness at Columbia University who says officials have to have plans to accompany warnings.

“So if we have warnings that we’re going to see very severe, rapid rainfall with flash flooding,” he said, “what is it that we actually want people to do? Other than advise people it’s going to happen, do we want them to go to shelters? If so, do we have shelters for them to go?”

“We do put a lot of thought into when we push that button — and we know the weather service does, as well — because we don’t want to over warn and we want people to take our warning seriously when we when we’re issuing messaging,” said Benjamin Krakauer, an adviser to the Office of Emergency Management commissioner.

“They sound like somebody just blew a soccer horn in your ear,” Mielke said.

“It actually got to the point where I Googled it and figured out how to turn off those alerts so I could just, you know, not have a heart attack every time the big siren went off on my phone,” Mielke said, adding that he thought he had turned off all the emergency alerts on his phone after Tropical Storm Henri blew through two weeks ago.

“This time they weren’t as bad, but a few still got through,” he said.

Henri brought lots of rain and fury but very little loss of life. That might have prompted complacency, said Jeannette Sutton, a disaster and risk expert specializing in communication at the University of Albany.

That’s a question on the minds of weather and public safety officials, she said, adding that the seemingly simple act of pushing out alerts is actually complicated.

“We have been thinking about alerts and warnings since the 1950s, and how to increase their effectiveness, and thinking about how to help people make really good decisions when they’re faced with life-threatening situations,” she said.