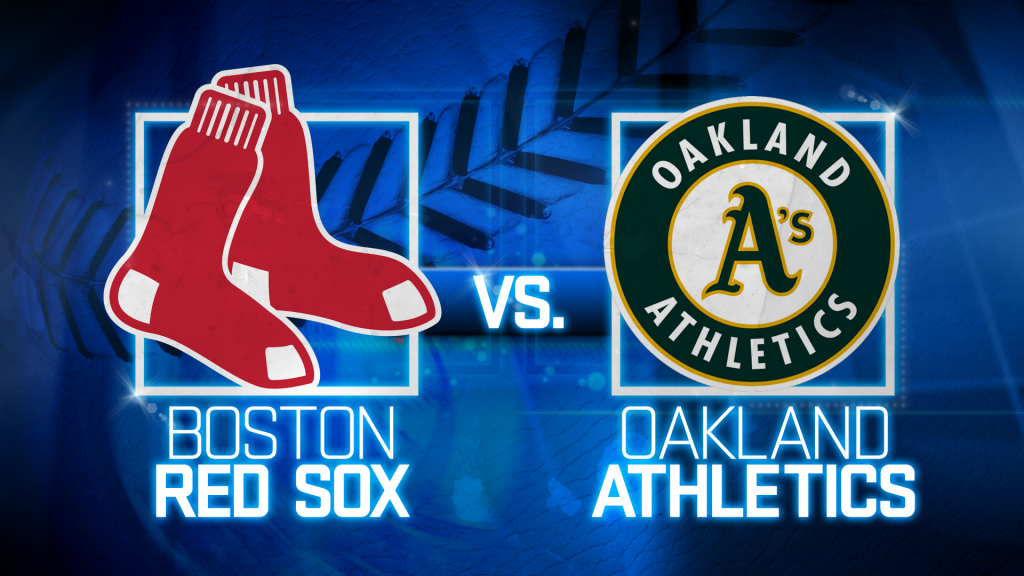 BOSTON (AP) — Paul Blackburn continued his road success by pitching sharply into the sixth inning, Christian Bethancourt hit a two-run single and the Oakland Athletics held off the Boston Red Sox 4-3 Thursday for just their second win in 15 games.

Chad Pinder added an RBI single for Oakland, which closed its nine-game road trip at 2-7 and avoided being swept in a three-game series by Boston for the second time this month.

J.D. Martinez had three singles and drove in a run for Boston. The Red Sox, who had won 11 of 13, left eight runners on in the first four innings and 13 overall.

Boston star Rafael Devers went 0 for 2 with a pair of walks and was hit by a pitch, ending his streak of four straight games with a home run.

Leading 4-1 in the eighth, Oakland third baseman Jonah Bride made a two-out throwing error that let a run score. Martinez followed with an RBI single that second baseman Tony Kemp stopped with a dive in shallow center, keeping the tying run from scoring.

Blackburn (6-2) gave up a run and eight hits, with four strikeouts and two walks in 5 1/3 innings, slightly increasing his road ERA from 0.91 to 1.00. He entered with the majors’ lowest ERA away from home.

Dany Jiménez got four outs for his 11th save.

After scoring just two total runs in the opening two games of the series, the Athletics grabbed a 3-0 edge in the third against Rich Hill (2-4), taking advantage of a gift double when second baseman Trevor Story appeared to call for Cristian Pache’s one-out pop in shallow center, but had it fall behind him.

Lefty Chris Sale threw 32 pitches in a two-inning simulated game off the Fenway Park mound in the morning. Manager Alex Cora was impressed by a sharp changeup, a pitch the 33-year-old worked on during the offseason.

Sale has been sidelined since spring training after suffering a fracture in his rib cage.

Cora said a “lot” of guys were going over to TD Garden Thursday night to watch the Boston Celtics play Golden State in Game 6 of the NBA Finals. He also said Cardinals star Albert Pujols arranged for a luxury box for St. Louis’ players. The Cardinals play at Fenway this weekend.

Red Sox 3B Devers made a diving grab of Sean Murphy’s liner to open the sixth and followed that by going behind the bag to snag Matt Davidson’s grounder before firing across to first base. But he also had Elvis Andrus’ two-out grounder go through his legs for a run-scoring error.

Red Sox: Devers was hit on the right elbow by a fastball from A.J. Puk but stayed in the game. … OF/INF Kiké Hernández, on the injured list with a right hip flexor, was in the box for Sale’s sim game but didn’t swing the bat. Cora said he’s getting close to a rehabilitation assignment.

Athletics: RHP Frankie Montas (3-6, 3.40 ERA) is slated to start on Friday night when they face Kansas City in the opener of a six-game homestand.

Red Sox: RHP Michael Wacha (4-1, 2.33) is set to face his old team when Boston opens a three-game series against St. Louis Friday at Fenway. The 30-year-old Wacha spent his first seven seasons with the Cardinals, including 2013 when they lost the World Series to Boston. RHP Adam Wainwright (5-4, 2.84) is in line for St. Louis.