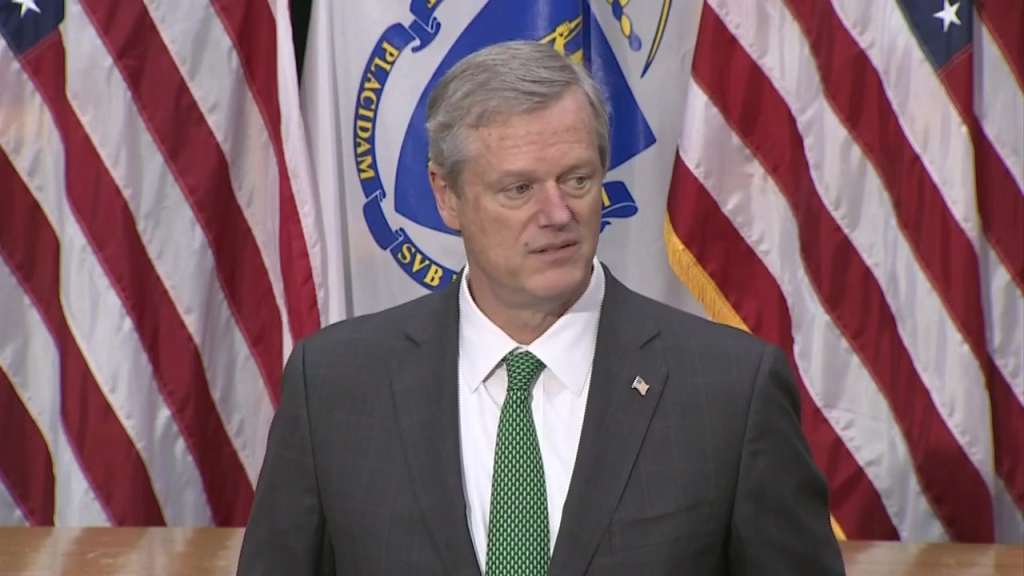 Fans will get to watch the Boston Bruins play in person for the first time since pre-pandemic days on Thursday, Friday and Sunday, but it’s unlikely that many of them will be Bruins fans.

As of Tuesday, New York is allowing teams to fill their arena seating bowls to a maximum of 10 percent capacity provided that the fans show proof of negative COVID-19 tests and follow mitigation measures.

The Bruins play the New York Islanders at Nassau Coliseum on Thursday and face off against the New York Rangers at Madison Square Garden on Friday and Sunday.

But when they return home next Wednesday to play the Washington Capitals, the stands at TD Garden in Boston will be empty, though Gov. Charlie Baker suggested Tuesday that he could soon make an announcement about allowing fans at sporting events in Massachusetts.

“Stay tuned,” a smiling Baker said Tuesday when asked if fans would be allowed at local venues like TD Garden, Fenway Park and Gillette Stadium.

The New England Patriots are among th ose staying tuned. The team sent an email to season ticket holders Tuesday in which it said it is “very optimistic that we will have fans in the stands and hopeful that we will be able to do so at full capacity,” Ben Volin of the Boston Globe tweeted.

The Bruins and Boston Celtics are currently in the middle of their seasons and so far have not had the benefit of having a hometown crowd behind them.

The Boston Red Sox, who are hosting some fans at spring training games in Florida, are scheduled to have their home opener April 1 at Fenway Park, which is currently being used as a mass vaccination site.

Large entertainment venues like TD Garden, Fenway and Gillette are in Phase 4 of the state’s reopening plan, a stage that’s contingent on vaccines and therapies, which are currently being rolled out on a months-long schedule.

A Red Sox team official told the News Service earlier this month that they are still workin g through details for regular season plans.

Ticket reseller StubHub claims to have 44 tickets available for the Sox home opener against the Baltimore Orioles at 2:10 p.m. on April 1, ranging from $161 for a standing room only ticket to $534 for a box seat along the third base line.