As the Dead Sea shrinks, Jordan fights to win back tourists 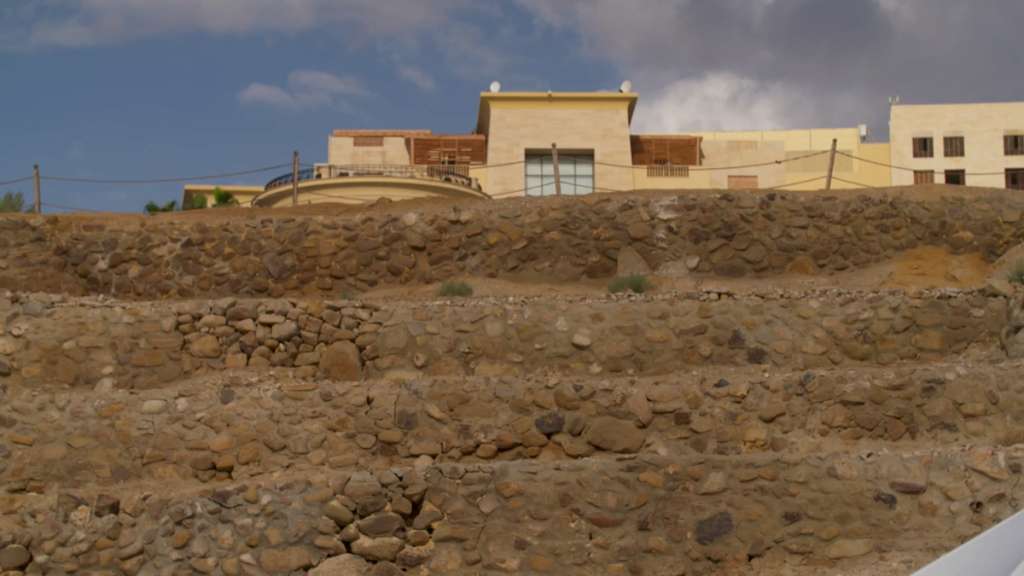 (CNN) — On the shoreline of the Dead Sea, Jordanian comedian and national treasure Nabil Sawalha strides chest-deep into the water, with all the confidence of a swan to a lake.

“It loves you, the water here, it hugs you,” he says as he allows the sea to collect his legs and buoy his entire body to the surface.

The playwright, director and actor has taken the day to travel from his home in Amman down to the lowest point on the planet’s surface to experience the mineral-rich waters nestled between Jordan and Israel.

“Nowhere in the world can you just sit on the water and feel relaxed and feel happy,” Sawalha says while enjoying his dip.

The Dead Sea is one of the saltiest bodies of water on the planet, with around 34% salinity. Its name in Hebrew translates as the Salt Sea.

But the Dead Sea is dying, its waters vanishing at an alarming rate. With each passing year, the possibility of enjoying a visit to its shores keeps receding.

According to environmental group EcoPeace Middle East, the water level drops about one meter per year.

“It’s sad, very sad,” Sawalha says, lamenting how significantly the water level has dropped in the past 15 years.

The Dead Sea is fed from natural sources, primarily the Jordan River and its basin, but some of those it relies on have been either dammed or diverted.

Meanwhile Dead Sea minerals, highly prized for their therapeutic properties, are being extracted, further contributing to the sea’s shrinking.

Not unlike the Dead Sea, Jordan’s tourist numbers had been drying up in the last decade before almost evaporating during the Covid pandemic.

In 2020, tourism revenues fell to $1.4 billion, a fall of 76% on the previous year, according to the UN World Tourism Organization.

The sudden plunge was a major blow to Jordan, which had been trying to reverse a slump which, according to the World Bank, saw tourist numbers drop from 8 million in 2010 to 4.24 million in 2016.

In its latest effort to win back visitors, Jordan’s Tourism Board has launched a new campaign, branding itself the “Kingdom of Time.”

“Jordan is back, ready to unveil its new tourism brand, as an authentic reflection of a destination which, within a land that can be traversed by car in less than a day, fuses together a dizzying collage of geological and natural diversity, historical richness, a tradition of spirituality and faith, and a contemporary Arabian culture of openness and warm hospitality that welcomes everyone for leisure, business and healing,” he told industry representatives.

Landscapes worthy of the big screen

There is no doubt that Jordan’s epic landscapes and archaeological sites are a major tourist attraction. In fact, they’re used regularly by filmmakers from Amman to Hollywood as otherworldly backdrops.

Most recently, sandy sci-fi blockbuster “Dune” was filmed in Jordan’s Wadi Rum desert. Films such as the live-action adaptation of Disney’s “Aladdin” and “Star Wars: Rogue One” were also shot on location in the desert plains in the country’s south.

“It’s important that we are developing our own film industry and it brings real benefits to people. It’s not about getting support or money into government. It’s about the people who work on the ground, the local communities all benefit from this wonderful industry,” Ali says.

About two hour’s drive from Wadi Rum is arguably Jordan’s most iconic tourist attraction: the ancient city of Petra.

The Nabataean civilization carved the city out of rock to create their capital over roughly 500 years from the fourth century BCE onward. Nomadic tribes turned traders, they settled in the area to control trade routes, offer security, and collect taxes and tolls.

Today, there’s only one way into the archaeological wonder — through the winding rock canyon known as the Siq. The Nabataeans used the elevation of the canyon to create aqueducts to channel water down to the city below.

The journey through the Siq takes about 40 minutes by foot. At the end of it, the narrow canyon opens into a massive clearing — revealing Petra’s most famous facade, The Treasury, a towering structure carved into the cliff side. The wonderment of it hits you like a slap in the face.

Proud Petrean and professor at the Al-Hussein Bin Talal University, Sami Alhasanat insists this was no mistake.

“Location, location, location — this is what it was meant to be,” he says. “To be very impressive. It is to give you the first impression of ‘This is who we are.’ Just right by the main entrance, when you first encounter the Treasury, you get this impression that this is a great civilization.”

Despite growing up in Petra and dedicating his career to sharing its significance with others, Alhasanat says the UNESCO World Heritage site still astounds him.

“It’s still impressive for me. Every day I see differently. To me it seems like concentrating on a picture. The more you focus, the more you see, the more you’ll discover this is a treasure. This place connects modern days with the past and future,” he says.

Petra was forgotten by the outside world for 1,000 years until Europeans came digging in 1812 and unearthed its magnificent structures.

While the trade-savvy Nabataeans are no more, their descendants are still waiting to welcome visitors to Petra.

Bedouin guides vie for the business of tourists as they spill out from the Siq. They offer donkeys and camel rides, personal tours and photographer services for those wanting to capture the moment for social media.

Mostly dressed in darkly colored Western clothes, but still capped with traditional Jordanian shemagh or keffiyeh scarves, the Bedouins of Petra are unmistakable. But it is something they wear on their face that is somehow the most noticeable.

It’s dark eyeliner or Arabic kohl — a way the Bedouins protect their eyes from the sun, the dust and the sand. “This is our sunglasses,” one guide remarks. “I put it on you?” he offers.

Altogether it gives them a look straight out of “Pirates of the Caribbean” — although they insist they were first. “No, not Jack Sparrow. He take our style, my friend!” another laughs.

That Bedouin charm takes Petra from being a cold ancient ruin to a living, breathing city. And that warmth, good spirit and hospitality that thrives in this land as old as time is exactly what Jordan believes will call people to explore once again.