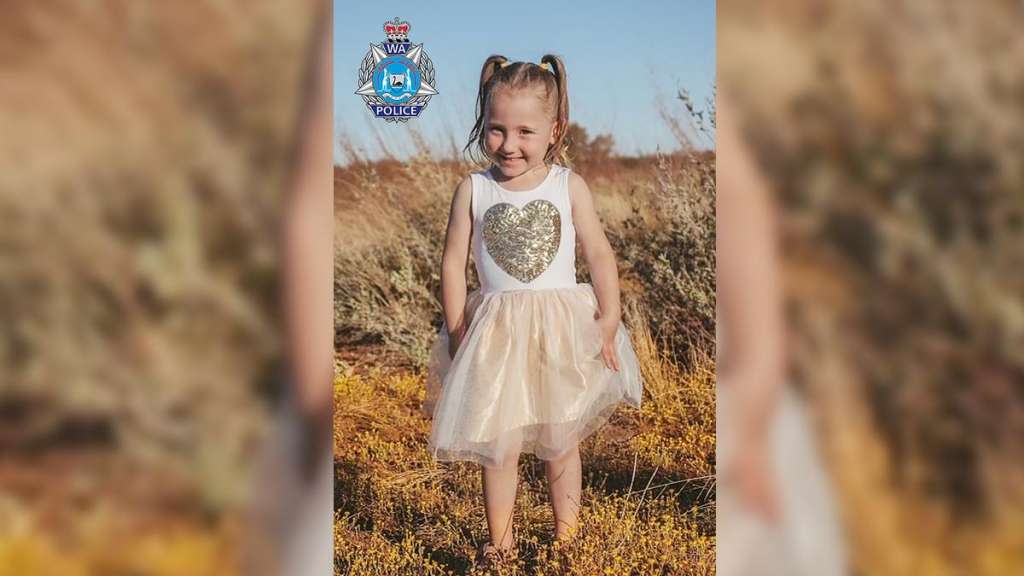 (CNN) — The Western Australian government has offered a 1 million Australian dollar ($750,000) reward for information that leads to the whereabouts of a 4-year-old girl missing for six days in a remote coastal area.

Cleo Smith vanished from her family’s tent at Blowholes campsite in Macleod, about 50 kilometers (30 miles) north of the town of Carnarvon, in the early hours of Saturday morning, according to Western Australian Police.

Since then, search teams have been scouring rough terrain and nearby sea, but so far they have found no sign of the child or her black and red sleeping bag.

Police now believe she was abducted.

“Given the information now that we’ve gleaned from the scene, the fact that the search has gone on for this period of time and we haven’t been able to locate her… that leads us to believe that she was taken from the tent,” Western Australia Police Major Crime Division Superintendent Rod Wilde said in a press conference Thursday.

“We’d imagined that we would have been able to locate her given the amount of resources and the detailed search that’s taken place.”

A day earlier, detectives said they held “grave concerns” for Cleo’s safety, as they believed the zipper used to open the tent was too high for her to reach.

With few clues to go on, Western Australia’s Premier Mark McGowan and Police Minister Paul Papalia announced a reward Thursday for information that leads to Cleo, or to the arrest and conviction of the person or people involved in her disappearance.

They said they were “praying for a positive outcome.”

“I’d hope most people would willingly come forward if they had information that could assist police, but if this reward motivates someone to help police bring Cleo home, then the government is more than happy to offer it,” Papalia said.

On Tuesday, Cleo’s distraught mother, Ellie Smith, and Smith’s partner, Jake Gliddon, made a public appeal for help to find the girl.

“We’ve had so much family help us, support us. But you know like everyone asks us what you need, all we really need is our little girl home,” Smith told CNN affiliate 9 News.

Smith described her daughter as beautiful and delicate with “the biggest heart.”

“Every day she wants to wear a princess dress,” she said. “She’s so sweet — everything you’d want in a little girl.”

She disappeared in the night

Smith last saw Cleo, her eldest daughter, inside the family’s tent at 1:30 a.m., when the girl asked for a drink of water. Both went back to sleep.

When Smith next woke at 6:00 a.m. to feed Cleo’s younger sister, the 4-year-old was missing.

“Cleo was on a mattress, our little baby was in a cot right next to her, we had a divide and then we were on a blow-up mattress as well,” Smith told 9 News.

“(In the morning) I went into the other room, the zipper was open and Cleo was gone … the tent was completely open, it was about 30 centimeters (11.8 inches) from being open.”

Smith and Gliddon are from Carnarvon and are familiar with the Macleod area, according to 9 News. The family said when they discovered Cleo was missing, they searched nearby places they used to go as children.

When it became clear she had vanished, they phoned police.

Search teams concentrated on the water first, then switched to land, searching a number of shacks located along the coastline at the campsite. Nothing was found.

Drones were sent over rough seas off nearby cliffs and SES crews combed the terrain on foot, in vehicles and on quad bikes.

In a news conference on Wednesday, WA Police Inspector Jon Munday told reporters police would not stop searching until they were convinced Cleo was no longer in the search area.

“It is frustrating and it’s disheartening,” Munday said.

No suspects have emerged in the case, and Munday said police had no reason not to believe what they were told by Smith and Gliddon.

“There is nothing to indicate to us that that account is anything but accurate and truthful,” Munday said. All registered sex offenders in the area had been questioned, he added.

Munday said police had not discounted any scenario and were purely focused on finding Cleo.

“We are not taking anything off the table,” he said. “We are just exhausting all the opportunities and all the possibilities.”