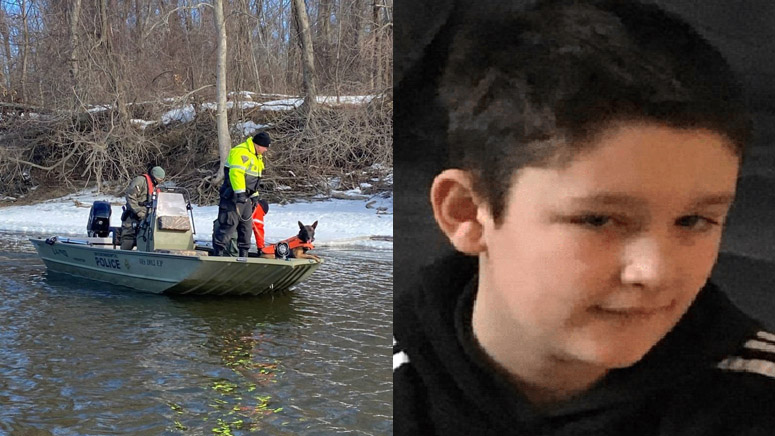 CHICOPEE, MASS. (WHDH) - A body that was pulled from the water in Chicopee on Wednesday has been identified as a 12-year-old boy who was reported missing in early February, officials announced Friday.

Crews searching the Chicopee and Connecticut rivers as part of an ongoing recovery operation found the body in the area of the North End Bridge and Memorial Bridge, according to Hampden District Attorney Anthony Gulluni.

The Hampden County Medical Examiner’s Office later identified the body as that of Aiden Blanchard, who was last seen walking in the Willamansett area of Chicopee near Old Field Road on Friday, Feb. 5, around 11:30 a.m.

Boats, dive teams, K9 and drone units, as well as helicopters converged on the area in recent weeks but the search efforts proved unsuccessful.

Foul play is not suspected at this time, according to detectives.

“The men and women of the Chicopee Police Department offer our deepest condolences to Aiden’s family and friends during this difficult time,” officials said in a Facebook post.