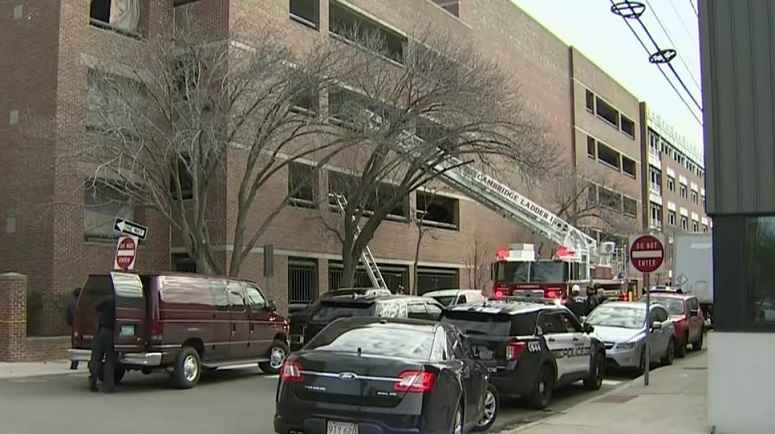 CAMBRIDGE, MASS. (WHDH) - Authorities have identified the worker who was killed after a stairwell collapsed inside of a parking garage in Cambridge on Wednesday morning.

Emergency crews responding to the stairwell collapse at the city-owned First Street Garage on Second and Spring streets around 8:20 a.m. learned that two workers had been restoring the stairway when steel risers with poured concrete on top fell on them, according to Middlesex District Attorney Marian T. Ryan and Cambridge Fire Chief Gerry Mahoney.

One of the workers, 56-year-old Christopher Stuck, of South Windsor, Connecticut, was pronounced dead at the scene.

A second worker, who authorities identified as a 41-year-old man, suffered critical injuries. He was taken to an area hospital for treatment.

A preliminary investigation suggests that Stuck was removing metal railings on the stairway located on the fourth floor of the building when the structure collapsed, Ryan’s office said.

The Office of the Chief Medical Examiner is working to determine a cause of death.

There is no foul play suspected.

The Occupational Safety and Health Administration is assisting local authorities with an investigation.

The fatal collapse comes one week after two workers were fatally hit by a truck at their construction job on High Street in Boston.