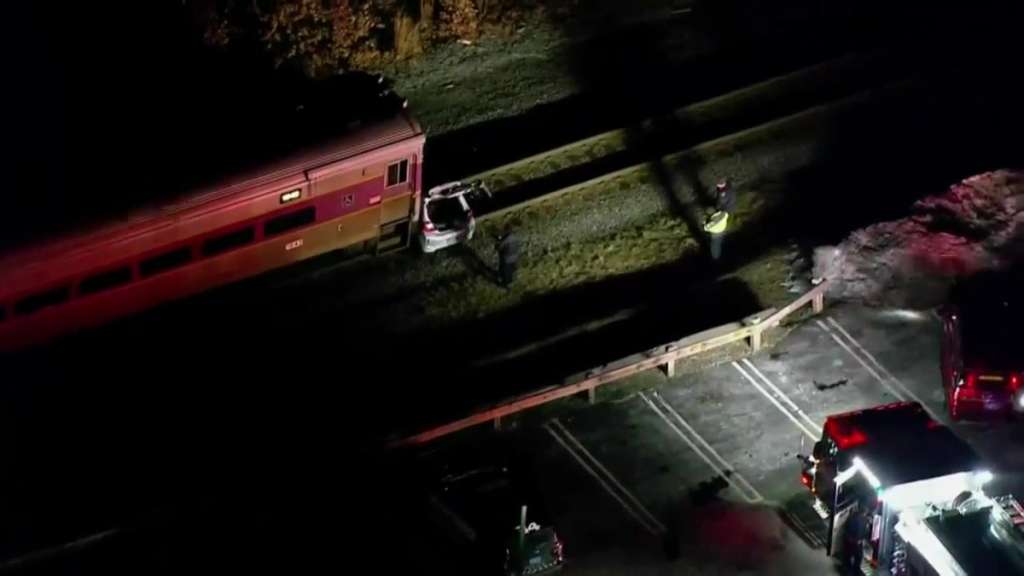 WILMINGTON, MASS. (WHDH) - Authorities have identified the 68-year-old woman who died after her car was hit by an MBTA Commuter Rail train near the North Wilmington station Friday night.

Sausville was pronounced dead at the scene.

A preliminary investigation determined Sausville was driving eastbound on Middlesex Avenue around 5:51 p.m. when an inbound Haverhill Line train struck the driver’s side of her vehicle, according to the Middlesex District Attorney’s Office, Superintendent of Transit Police Richard Sullivan and Wilmington Police Chief Joseph Desmond.

Officials said all 54 passengers on the train were safely evacuated. Delays and other impacts to service continued into late Friday evening.

Investigators said they will be looking into whether the crossing bars were down at the time of the accident as well as if there have been any previous issues with equipment at this crossing.

“Considering there’s a death involved, we’re going to take as long and methodical as we have to be,” Transit police official Richard Sullivan said.