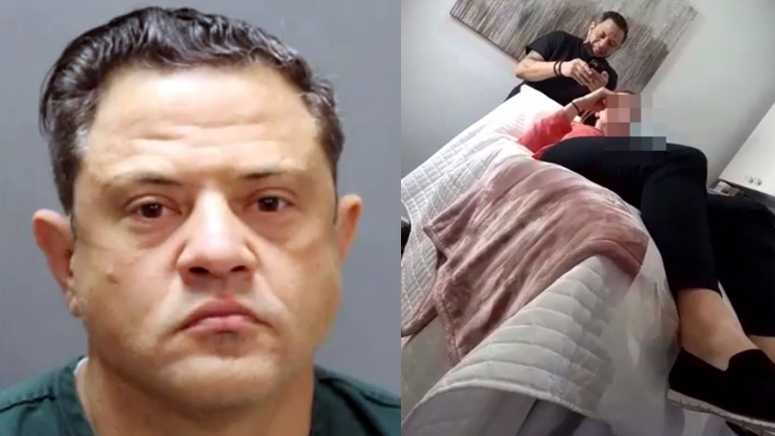 (WHDH) — A man who posed as a doctor and gave unlicensed Botox injections while drinking Four Lokos was recently busted by undercover detectives and arrested, officials said.

Nelson Turin, 47, of Florida, is facing charges including practicing or attempting to practice medicine without a valid medical license, three counts of possession of legend drugs without prescription, and leading the public to believe that one is a licensed medical doctor, according to Mike Bruno, director of the Jacksonville Sheriff’s Office.

During a news conference last week, Bruno announced that Turin had been illegally injecting unknown substances into clients’ faces during “Botox and Bubbles” promotions and charging $350 for treatments that would typically cost $1,200.

Turin did not possess the medical certifications required to possess or administer Botox, Bruno added.

“Honestly, this is one of the most bizarre cases that I’ve had the opportunity to come across in my career,” Bruno explained. “Turin was willing to let his clients take a risk so he could get paid in cash.”

Detectives who were investigating Turin uncovered a number of online videos that allegedly showed him conducting lip, chin, nose, and cheek procedures.

During the all-day Botox and Bubbles events, Turin would consume champagne and Four Loko beverages as he injected several clients, according to Bruno.

“The Botox was for the clients. The bubbles were for the clients, but for the ‘doctor’ mostly,” Bruno said. “He would do this during the patient consultations.”

Turin was arrested in March after a detective posing as a client spotted Turin drinking alcohol.

Detectives then found Turin’s injection kit, syringes, and a slew of vials with labels from foreign countries, according to Bruno.

“Upon his arrest, Turin possessed vials of Botox, lidocaine, and other treatment drugs that he was not authorized to have,” Bruno said. “Some of them just had an unknown origin.”

Bruno said this case should serve as a reminder to consumers to do thorough research before paying for any type of service.