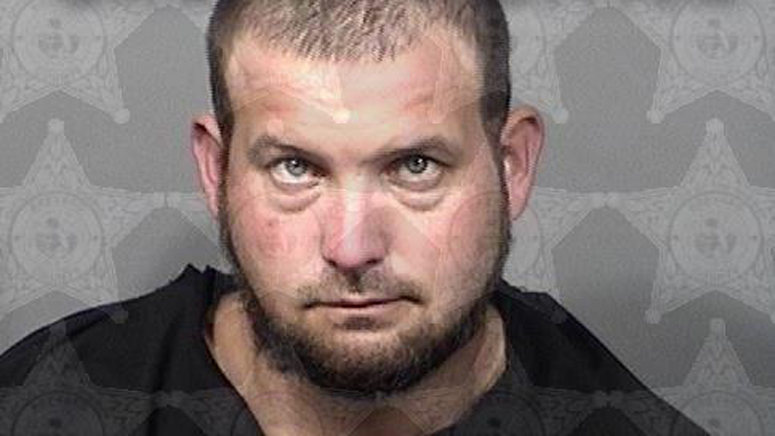 (WHDH) — A man is facing criminal charges after an investigation revealed that he starved his two dogs to death over a “period of several weeks,” authorities said.

David Fritsch Jr., 33, of Florida, was arrested Wednesday on charges including two counts of a felony animal cruelty, according to Brevard County Sheriff Wayne Ivey.

“He literally starved them to death over a period of several weeks,” Ivey said. “This is just the worst absolute case of animal cruelty I’ve ever seen in my 40 years as a cop.”

The sheriff’s office launched an investigation into the alleged animal abuse in January after receiving a report about abandoned dogs in Fritsch’s home.

Authorities later determined that Fritsch locked the two dogs in his master bedroom and refused to feed them, Ivey said.

A necropsy on the dogs is said to have revealed that they had eaten chips of wood, plastic bottles, band aids, and plastic bags.

“These poor animals were literally eating furniture and their own feces trying desperately to stay alive,” Ivey said. “The guy did nothing to give them food, to give them water, to help them in any capacity.”

As Ivey livestreamed himself walking Fritsch into jail, the suspect could be heard saying, “You don’t have all the facts.”