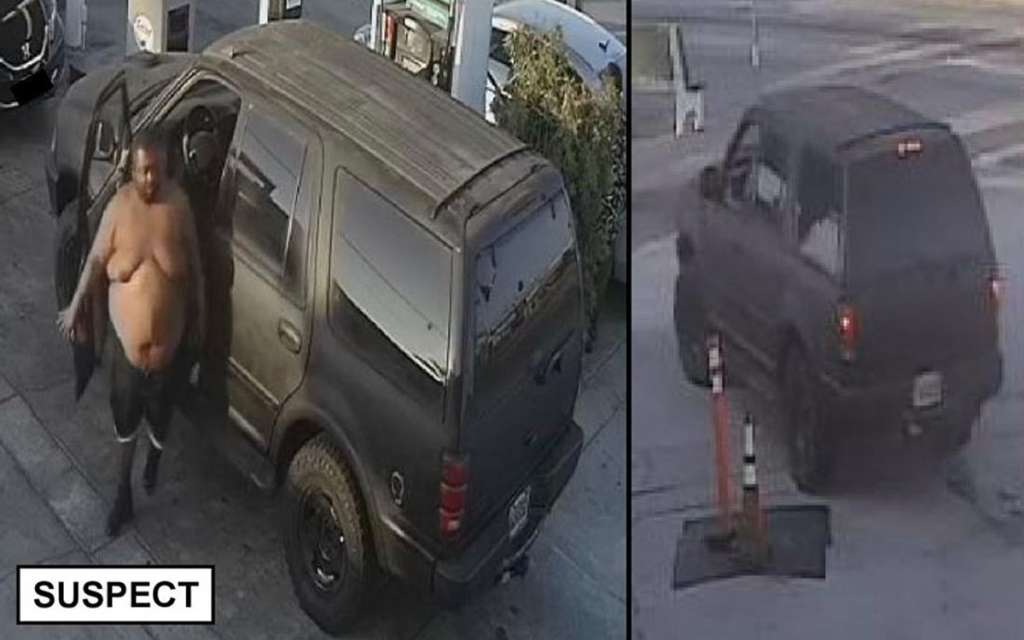 (WHDH) — A woman was approached at random and brutally beaten by a man in a “vicious attack” as she pumped gas late last month, officials said.

Deputies from the Los Angeles County Sheriff’s Department responding to a gas station in Gardena on May 30 around 7 p.m. spoke with a woman who said she had been repeatedly kicked and punched by a man she did not know, authorities said.

“The suspect calmly exited his vehicle, walked towards the victim, and without warning or provocation, punched the victim, causing her to fall to the ground,” the sheriff’s department said in a Facebook post. “While the victim was on the ground, the suspect repeatedly punched her in the head and face.”

During the alleged attack, authorities say the suspect grabbed the victim’s hair and slammed her head against the vehicle and onto the ground several times.

The victim suffered severe injuries to her head and face. She was taken to a local hospital for treatment and has since been released.

The suspect, who was said to be about 300 pounds, has since been taken into custody, KTTV reported.