Authorities: Woman punches, knocks man to ground after he tried to choke girlfriend at bowling alley 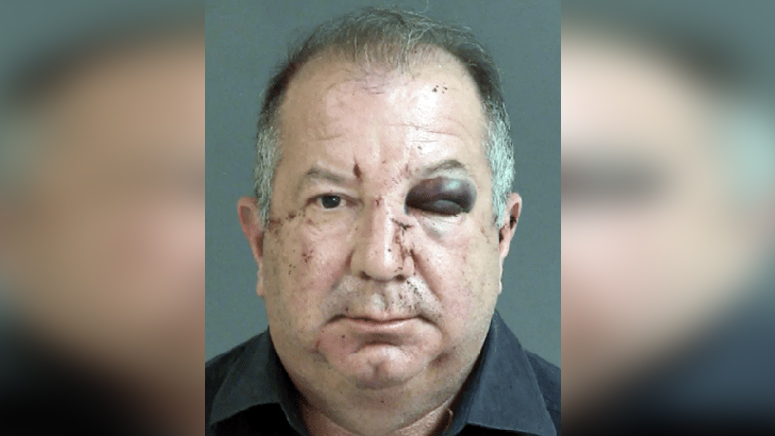 (WHDH) — A woman punched and knocked a man to the ground after she witnessed him try to choke his girlfriend during an argument at a bowling alley, authorities said.

Pano Micheal Dupree, 58, of South Carolina, was arrested earlier this month on assault and battery charges in connection with an altercation with is girlfriend on March 19, WCBD-TV reported.

The witness told police that Dupree walked into Ashley Lanes bowling alley in Charleston, approached his girlfriend, and “started placing his arms around her neck from behind, trying to place her in a choke hold,” according to an arrest report obtained by the news outlet.

Police say the witness then ran up to Dupree and punched him in the face, knocking him to the ground.

Dupree, who could be seen in his mugshot suffering from a severely swollen eye, was reportedly taken to see an ophthalmologist before being booked into jail.

In 2013, Dupree was arrested on assault, disorderly conduct, resisting arrest, and public intoxication charges following an incident with a trooper in Utah, the news outlet reported.

Dupree has since been released on bond.