Baker sees blend of work in his own future 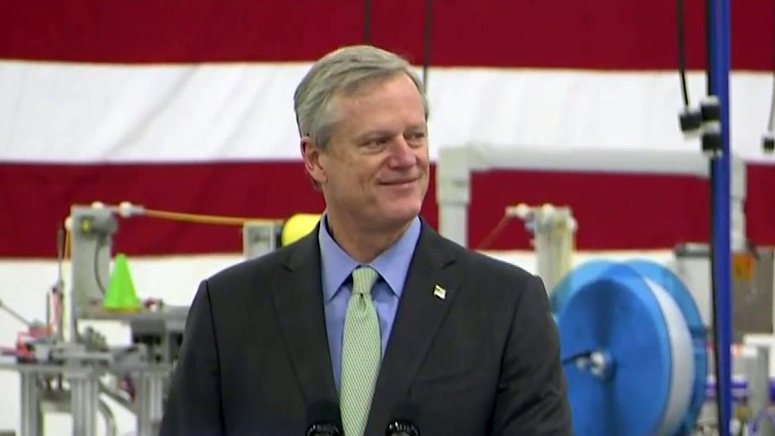 Don’t call it a retirement.

In so many of his public appearances these days, Gov. Charlie Baker faces questions about what he will do next when his second term ends in January and he hands the corner office to someone else.

And as he once again lamented that focus on his future, Baker on Thursday indicated he has his eyes on “a bunch of different things” — some in the private sector, but not any kind of elected office.

“A year from now, paint a picture in the life of Charlie and Lauren Baker,” Marcy Reed, who retired last year from her post as Massachusetts president for National Grid, asked at a New England Council event.

“Why is everybody so interested in what’s going to happen to me when I’m gone?” said Baker, who first ran for governor in 2010 before winning four-year terms in 2014 and 2018. “Honestly, the lieutenant governor and I were planning to run until a few months ago, so I have not spent a lot of time thinking about what my future might look like.”

But the governor has clearly spent some time thinking about it.

Baker, 65, did not shed any more light on his plans, but he made clear that he is not publicly gearing up to campaign for another position after opting against seeking a third term.

Before his tenure as governor, Baker amassed a long resume in both the public and private sectors. In the 1990s, he held two different Cabinet positions under former Govs. Bill Weld and Paul Cellucci, serving as secretary of health and human services and then secretary of administration and finance.

Baker then took over as CEO of Harvard Pilgrim Health Care, a role that helped build his profile ahead of his first unsuccessful gubernatorial campaign in 2010. After that race, he became an executive in residence at investment firm General Catalyst leading up to his election victory in 2014.

The two-term Republican has long swatted down suggestions about higher office, but a faint glimmer of doubt about those denials emerged last week when he was in California for the Life Itself conference.

“Earlier, Gov. Baker noted he would be ‘in the picture’ in the 2024 election,” Harvard professor David Liu tweeted, recounting an experience of standing on a beach with Baker watching the NBA Finals on a phone.

“I think he interpreted the same comment I made here, which is I thought that after I was done being governor, I’ll probably do something in private life, but I’m not going to walk away completely from public life,” Baker said, not addressing the “2024 election” part of the tweet.

“If I was gonna run again, I would’ve run for governor,” he added.

Public officials often refuse to talk about any future political plans until they have settled on them. The governor has proven popular during his tenure among Democrats and unenrolled voters, and by comparison to his peers in other states, but the bipartisan profile he has been carving out for himself is at odds with the national political climate where Democrats and Republicans seem locked into polarized positions.

Both Baker and Lt. Gov. Karyn Polito announced in December they planned to depart at the end of their terms, with Baker opting against a bid for a third term and Polito deciding not to run for governor.

They cited a desire to focus on navigating the Bay State’s recovery from the COVID-19 pandemic rather than campaigning and interest in spending more time with family. While neither attributed their decision to the political climate, polling at the time suggested Baker, a more moderate Republican, could have faced a challenging primary race after his relationship with the rightward-shifting MassGOP became increasingly strained.

Reed, who sought out Baker after the event to ask the governor to autograph a copy of his new book on leadership, was not alone Thursday in noting the impending corner office turnover.

Putnam Investments CEO Robert Reynolds, who praised Baker as “a man of results,” said while introducing the governor that “he does have seven months left.”

“I’m not dead yet,” Baker fired back from the audience’s front row, drawing laughter from the crowd.

As he took the podium, Baker mused about how frequently speakers now describe him in a backwards-looking way.

“I’m finding I’m being introduced these days in the past tense, which is actually a little nerve-wracking, he said. “But I suspect the closer we get to January, the more it’s going to sound that way.”