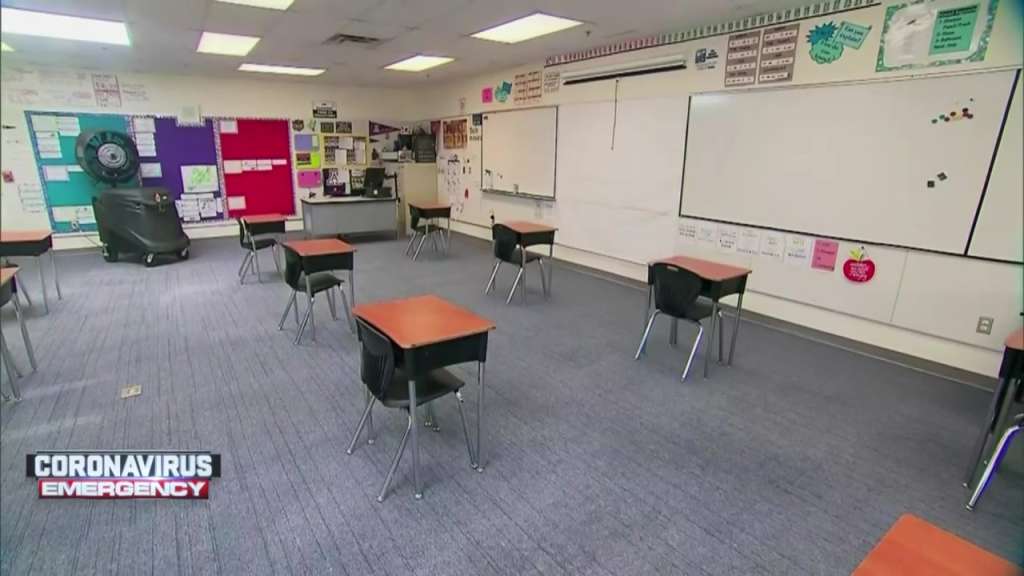 After more than a year of non-traditional schooling that many teachers, parents and experts fear has set students back academically and socially, students across Massachusetts will have an opportunity this summer to take part in “enhanced and expanded” summer school and recreational programs that Gov. Charlie Baker said will aim to bring kids back up to speed.

With more than $70 million in funding, including at least $25 million of federal money, the Baker administration plans a “full menu” of academic and recreational programs that school districts could offer this summer in schools, through local community organizations, at community colleges and at recreation sites.

“Now that people are heading toward what we might call the final turn before the end of the year and the summer break, I just want to make everybody aware of the fact that we are taking quite seriously the notion that this summer, for many kids, may be a little different than it’s been in previous years,” Baker said at Galvin Middle School in Canton on Friday.

“We know that our students have experienced many learning challenges, resulting in various academic and social-emotional stumbling blocks. It’s our responsibility to continue to address these student needs through the end of the school year and into the summer,” she said.

Among the options are acceleration academies, programs in which students get intensive tutoring in one-on-one or small group settings. For those programs, the state plans to provide $25 million in federal Elementary and Secondary School Emergency Response (ESSER) money, the largest single commitment of funding announced Friday.

“We know that the experience here in Massachusetts with targeted instruction from highly trained teachers in one-on-one and small groups can help students who are behind catch up academically,” the governor said.

The state is envisioning early literacy academies for incoming kindergarteners, and rising first and second graders; and math acceleration academies for rising third and fourth graders, as well as eighth and 10th graders.

“The academies will be much more than a typical summer vacation learning camp,” Baker said. “It will be a multi-year program that the department anticipates will impact more than 50,000 students statewide each year.”

Education Secretary James Peyser said it was clear to the Baker administration that, with relatively few weeks remaining in the school year, the state needed “a sustained effort, starting this summer, to offer as many children as possible extra opportunities for learning” and to give teachers the tools to help students catch up during the regular school year too.

“As important as this summer will be to jump-starting educational recovery, we must all embrace the reality that this will not be a one-and-done project, nor will it be a challenge that we can fully resolve even during the next school year,” he said. “The legacy of COVID is likely to be felt for several years to come, both in terms of its impact on individual children and on our public education system as a whole.”

Baker’s office said at least $40 million of the $70 million total would come from federal sources — $25 million in ESSER money for acceleration academies and another $15 million from ESSER for summer school matching grants.

The remaining $30 million — the sources of which the governor’s office did not detail when asked by the News Service — would be used to fund a new Department of Early Education and Care program aimed at giving extra support to young learners entering school in the fall ($10 million), early literacy tutoring grants this summer and next school year ($10 million), an expansion of the Biggest Winner Math Challenge ($2.5 million), assistance for camps and community organizations to expand educational enrichment as part of existing summer programs ($3 million), and more.

The programs and funding that Baker announced Friday won’t just address the academic needs of students. After touring the Canton middle school with Lt. Gov. Karyn Polito, he cited the importance of recreational activity.

“We both got a huge kick out of just watching the kids play out in the schoolyard before we came in and that’s like a rite of summer. It’s just been part of the way we think about the fabric of youth and kids and growth, socially and emotionally, forever,” Baker said. “And they really haven’t been able to do that for a very long time.”

“We need to do something this summer, kids have been out of school for a long time,” House Speaker Ronald Mariano, a former teacher, said when he unveiled the House’s proposed budget earlier in April. “It’s something that I think will be helpful. Certainly not every community is going to need it, but we think $15 million is a start to get some of our stressed communities that have been dealing with the pandemic and get them back on track.”

Baker on Friday made clear that his administration views the $70 million investments announced Friday as “complementary” to the upcoming windfall of federal money — roughly $8 billion in direct aid to state and local governments in Massachusetts in addition to $1.8 billion in assistance for K-12 education. Federal rules around what that money can and cannot be used for are expected sometime in the next two weeks, Baker said.