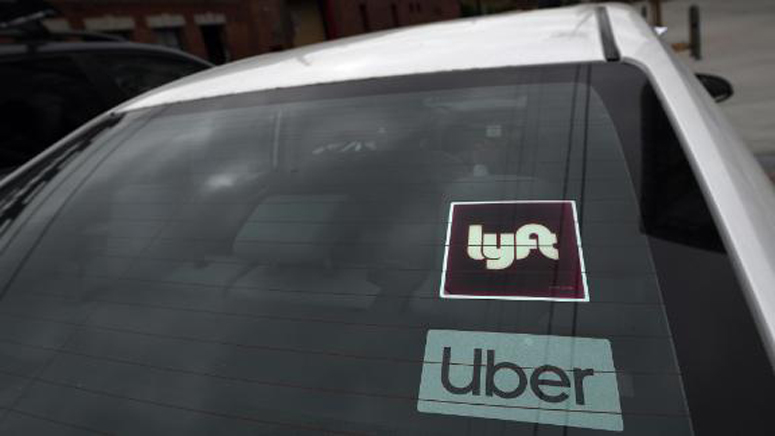 Warning that rideshare drivers are toiling under low pay and without the same workplace protections other employees receive, labor activists and gig economy workers on Tuesday urged lawmakers to pass a bill that would grant workers a role in regulating the industry.

Transportation network companies such as Uber and Lyft would be required to negotiate with driver representatives to craft industry-wide regulations covering wages, accident coverage, anti-discrimination rights and other benefits under legislation (H 1953 / S 1224) a group of legislators filed.

Supporters told the Labor and Workforce Development Committee that access to a collective bargaining process under the bill — which drew neither support nor criticism from Uber and Lyft — could help drivers have a say in how much they earn from each ride, more easily appeal account deactivations, and earn better pay.

“What makes S 1224 so important is it will allow rideshare drivers to organize at the state level and collectively bargaining for fair pay and working conditions without waiting on the courts or another election cycle,” Craig Hughes, Grand Lodge Representative for the International Association of Machinists and Aerospace Workers union, said at a committee hearing on Tuesday. “Their opportunity to enjoy the same rights as other workers in our state is reliant on passage of this standalone collective bargaining legislation.”

Some drivers are in the midst of organizing in Massachusetts amid an increasingly contentious fight over a potential 2022 ballot question that would affect driver pay and benefits. The Massachusetts Independent Drivers Guild launched this summer with support from the International Association of Machinists union.

Roughly 200,000 workers in Massachusetts drive for rideshare platforms, and companies typically designate them as independent contractors. The app-based businesses and some drivers often praise that distinction as key to ensuring drivers have flexibility to set their own hours, while labor activists contend that it leaves drivers uncovered by a guaranteed minimum wage and other protections state law provides to employees.

“Whether we have protections of sexual harassment, discrimination, protections of our courts, worker’s compensation, withholding of taxes — all of the stuff we’re all accustomed to, once people are classified as independent contractors, all of that goes away,” Gordon said.

In 2019, the National Labor Relations Board published an advisory memo declaring that Uber drivers have no right to unionize or collectively bargain because they are independent contractors and not employees.

Some analyses have estimated that drivers on the platforms take home net earnings around or below their local minimum wages once accounting for factors such as vehicle maintenance costs that fall on workers and periods of unpaid time while waiting for the apps to connect them to passengers.

In one study for the New York City Taxi and Limousine Commission, researchers found that a majority of New York City’s for-hire vehicle drivers worked full-time hours and that the drivers in 2017 earned a median hourly wage of $14.25 once accounting for expenses.

“If this is not passed, drivers will wake up tomorrow to the same status quo, which is app companies will continue to take up to 60 percent of your fares, drivers will continue to make way below minimum wage, and that’s unacceptable,” Aziz Bah, organizing director for the Independent Drivers Guild, said at a State House rally before Tuesday’s hearing. “These workers need protection and that’s the protection they deserve, because they made these app companies billions and billions of dollars and while the companies are getting richer, the workers are getting poorer.”

The bill, filed by Rep. Marjorie Decker and Sen. Jason Lewis, would order the executive branch to launch a new process for regulating the app-based rides sector.

Companies and state-certified driver representatives would form an “industry council,” where they must hash out recommendations on topics ranging from a pay floor that accounts for “wait time and expenses” workers incur to a 0.5 percent surcharge on every ride to fund driver “representation, training benefits, and services.” If the parties agree and a majority of drivers approve, the executive branch would then review the proposal and either impose new regulations on all transportation network companies or send it back for further negotiations.

The bill also outlines an arbitration process that would take place if the companies and organized drivers fail to reach consensus.

Because the process would involve “sectoral bargaining,” any regulations approved and implemented would apply to all drivers in the industry, even those who work for multiple platforms, IAM District 15 Assistant Directing Business Representative Mike Vartabedian told lawmakers.

Spokespeople for both Uber and Lyft declined to comment directly on Tuesday. Instead, the companies deferred to the Coalition for Independent Work, a group of businesses and advocates funded by Uber, Lyft, DoorDash and Instacart that is pursuing a ballot question declaring all app-based drivers to be independent contractors and offering them access to some benefits.

A spokesperson for the coalition did not comment on the collective bargaining legislation and provided a statement from a rideshare driver voicing support for a separate bill (H 1234) the group supports.

“We believe that our legislators will stand with us and deliver the flexibility and benefits that 83% of app-based rideshare and delivery drivers prefer,” the driver, Marcus Cole, said. “We look forward to further discussions at the State House around H. 1234 and other driver-supported proposals.”

Sen. Patricia Jehlen, a Somerville Democrat who co-chairs the Labor Committee, said during Tuesday’s hearing that no representatives for any of the major gig economy power players had signed up to testify.

“I think that’s really unfortunate if they have decided not to participate in the public process because it would have allowed us to have this kind of questions and dialogue,” Jehlen said.

Debate about the collective bargaining proposal comes amid Attorney General Maura Healey’s ongoing lawsuit against Uber and Lyft over alleged wage and hour law violations and with the increasingly contentious ballot question campaign getting underway.

Bill supporters said it is drafted to avoid any conflict with changes that may come from a court ruling or passage of a statewide ballot question.

Andrew Greenblatt, executive director of the Independent Drivers Guild Benefits Fund, told lawmakers that the bargaining bill is “completely silent” on whether drivers should be classified as contractors or employees.

“What the bill is doing from a legal perspective is having the state regulate this industry and then asking for workers to be involved in that regulation,” Greenblatt said. “We may have a vision of what we would like to see 10 or 15 years from now in terms of these workers having all of their rights as employees, being protected under the (National Labor Relations Act), being organized under the NLRA, having full right to collectively bargain contracts. All of that is many lawsuits, many, many years away.”

“This bill does not hurt that,” he continued. “This bill gives a voice to those workers in the fights along the way, and then when those fights are won, those workers will already be organized.”

Organized labor support for the bill is not universal. Gabriel Camacho, director of politics and legislation for UFCW Local 1445, opposed the rideshare collective bargaining bill on Tuesday while expressing support for Healey’s lawsuit against Uber and Lyft.

“These drivers are employees entitled to all labor protections, including organizing and collective bargaining rights as is under the law right now,” Camacho said. “I think (this bill) would water down basic labor rights.”