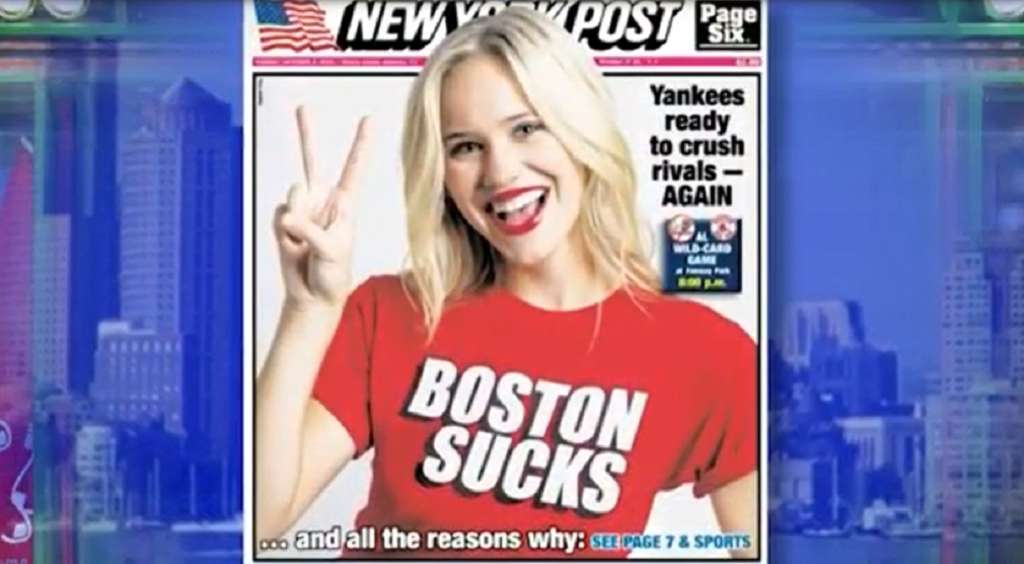 BOSTON (WHDH) - A New York post column trashing Boston as the Yankees come to Fenway to face the Red Sox in a one-game playoff had local residents shaking their heads in disdain.

The opinion column written by “all New Yorkers” lists dozens of things they don’t like about Boston, from Mark Wahlberg to locals’ accents.

“We have great accents, they’re just jealous they don’t have ours,” said Marianne McCue.

“The New York Post? Like they say, it ain’t worth the paper it’s printed on,” Proctor said.

Regardless of the game’s outcome, Boston will remain superior to New York, according to McCue.

“We’re better than they are,” McCue said. “Win or lose, I like where we are better.”