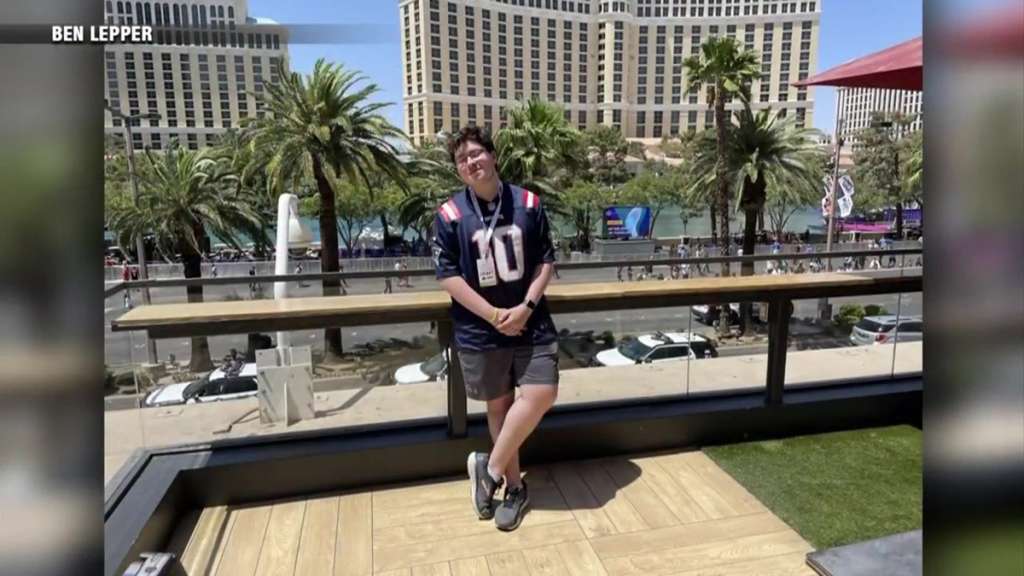 FOXBORO, MASS. (WHDH) - A Wellesley man battling Leukemia got to live out his dream in Las Vegas.

The New England Patriots flew 20-year-old Ben Lepper out to announce their second-round pick in this year’s NFL draft Friday.

“It did not feel real, no,” he said. “It was beyond my wildest dreams. They surprised me with all of that. I had no idea.”

Lepper and his family visited Gillette through the Make A Wish Foundation earlier this month. There he was greeted by owner Robert Kraft and given a tour of the stadium. That wasn’t all — Kraft drafted him to make the special announcement in just a few weeks’ time.

The superfan even got to chat with quarterback Mac Jones on FaceTime during the special visit.

“I had an idea that Kraft might be there because he usually shows up when people visit the stadium,” he said. “Mac Jones was just out of left field. It’s something I never expected.”

He said he has received messages and well wishes from Pats Nation all throughout his cancer treatment and that getting to announce a new player on his favorite team is an honor of a lifetime.

“This is a dream come true,’ he said. “I’m gaining national traction it’s crazy to think about like people know who I am right now, that’s never happened before it’s unreal.”