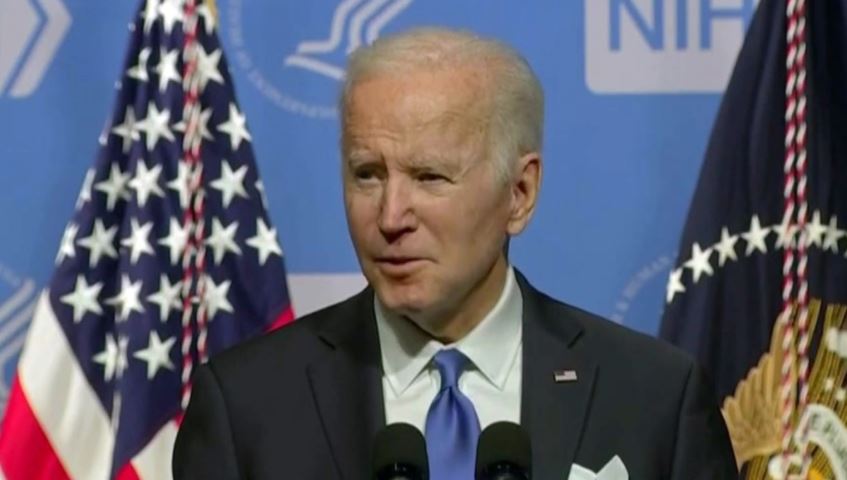 (CNN) — The Biden administration on Monday announced a new strategy to counter corruption and illicit finance, as well as new steps from the Treasury Department to tackle how illegal actors abuse the real estate market in the United States to hide their wealth.

This week, the Treasury Department will also announce new sanctions against corrupt individuals and those who are committing human rights abuses or undermining democracy, according to a senior administration official. The official did not provide specifics on who will face sanctions.

The announcement comes ahead of President Joe Biden’s Summit for Democracy later this week. The summit will be a virtual gathering of leaders from government, civil society and the private sector and will focus on combating corruption, defending against authoritarianism and promoting human rights.

There will be further announcements surrounding the summit, including rapidly deploying advisers and providing other assistance to help foreign governments seeking to implement their own anti-corruption reforms, according to a senior administration official.

The Treasury Department’s Financial Crimes Enforcement Network, known as FinCEN, announced Monday an advance notice of proposed rulemaking for public comment on a potential rule, which marks the first step in a regulatory process that will eventually lead to regulations targeting corrupt actors abusing vulnerabilities in the US real estate market.

“Increasing transparency in the real estate sector will curb the ability of corrupt officials and criminals to launder the proceeds of their ill-gotten gains through the U.S. real estate market,” Imamauli Das, Acting Director of FinCEN, said in a press release marking the announcement.

Specifically, according to one senior administration official, Treasury is looking for public feedback on what types of real estate purchases should be covered in any future regulation and what information should be reported or retained. This person said that all-cash purchases made by shell companies are a specific area of concern for officials.

“Getting that type of input from stakeholders will allow FinCEN to propose regulations that will obtain information needed to support law enforcement and national security agencies in their efforts to target corrupt officials and criminals that exclude our real estate market,” this senior official told reporters.

The new government anti-corruption strategy follows a 200-day review by the administration to better understand how the US can curb illicit finance and it includes five pillars: modernizing, coordinating and resourcing US government efforts to fight corruption, curbing illicit finance, holding corrupt actors accountable, preserving and strengthening the multilateral anti-corruption architecture and improving diplomatic engagement and leveraging US foreign assistance resources to achieve anti-corruption policy goals.

Federal departments and agencies will report annually to the President on progress made to achieve these objectives, the White House said in a fact sheet.

“Corruption threatens United States national security, economic equity, global anti-poverty and development efforts, and democracy itself.  But by effectively preventing and countering corruption and demonstrating the advantages of transparent and accountable governance, we can secure a critical advantage for the United States and other democracies,” Biden said in June.

The administration will also issue regulations to help identify “bad actors hiding behind opaque corporate structures,” as well as regulations to “target those closest to real estate transactions to reveal when real estate is used to hide ill-gotten cash or to launder criminal proceeds,” according to the White House.

The administration will also launch a new initiative to work with partner countries to detect and disrupt foreign bribery, and establish a “kleptocracy asset recovery rewards program that will enhance the U.S. Government’s ability to identify and recover stolen assets linked to foreign government corruption that are held at U.S. financial institutions,” the fact sheet says.

Also in keeping with the President’s pledge to work with partner countries to solve global problems, the White House commits to working with Group of Seven and Group of Twenty countries to “implement strong transparency and anti-corruption measures across ministerial tracks.”