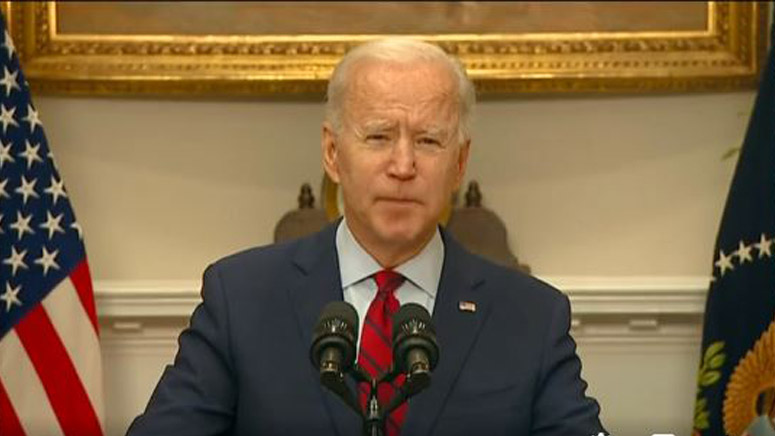 The president is looking forward to hosting Capito, a White House official said, speaking ahead of the afternoon session on condition of anonymity. The official said the two will continue bipartisan negotiations. The administration’s deadline for a deal is June. 7.

In the latest round of talks, Biden and a core group of GOP senators appear to have pulled farther apart as they try to narrow the gap between the president’s more sweeping initial ideas for a massive investment and a GOP approach that is more focused approach on traditional infrastructure projects.

Biden’s own thinking is that the Republican proposal, now $928 billion, is unworkable because the Republicans want to tap unspent COVID-19 funds to pay for the spending.

The White House has pared back the president’s initial $2.3 trillion bid, now tallied at $1.7 trillion, with Biden proposing to raise the corporate tax rate, from 21% to 28% to pay for it.

“I think we can get to real compromise, absolutely, because we’re both still in the game,” Capito said over the weekend. “I think the president told me himself that let’s get this done.”

Congress is away for a weeklong Memorial Day break, but faces a deadline when lawmakers return next week.

Without a bipartisan agreement, Biden will be faced with trying to muscle support from Democrats alone. That approach also poses political challenges in the narrowly divided House and Senate where the administration has few votes to spare if the president tries to push the package to passage under budget rules that allow for a majority vote.

The White House said the president is also eyeing action in the House that week when the Transportation and Infrastructure Committee is set to begin debating a big highway reauthorization bill that is being closely watched as a potential building block toward the broader package.

Buttigieg said, “The president keeps saying inaction is not an option. And time is not unlimited here.” He said the American people “expect us to do something.”