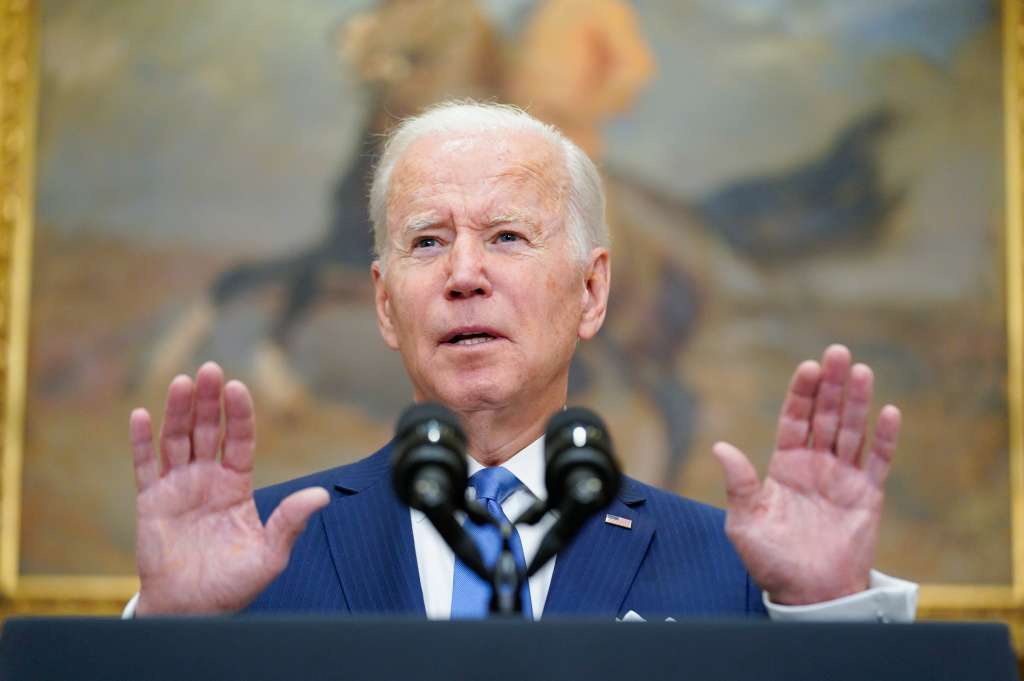 With gas prices across Massachusetts still hovering around an average of $5 per gallon, a Senate Republican chimed in Tuesday morning on the chamber floor to draw attention to what he sees as growing bipartisan “momentum” for an effort to suspend the state gas tax.

Amid the start-of-week routine business like local bills and sick leave banks, Sen. Ryan Fattman sought recognition and noted he drove past $5.37-per-gallon gas on his Massachusetts Turnpike commute from his home, which is nearly 50 miles away in Sutton.

“And I’d be remiss if I did not mention, I have tried twice to reduce the gas tax — suspending it until Labor Day, until December. And we have momentum,” Fattman said.

The Sutton Republican pointed to President Joe Biden’s comments Monday that he is open to temporary suspension of the federal gas tax, and to Democrat Sen. Eric Lesser’s conditional support on Sunday for a state gas tax holiday.

“So we have momentum. I hope that it continues,” Fattman said.

In a press gaggle Monday at Rehoboth Beach, Del., Biden confirmed he is “considering” a federal gas tax pause and hopes to make a decision by the end of this week, according to a White House transcript.

Lesser, one of three Democrats running for lieutenant governor, said Sunday on WCVB-TV’s “On The Record” that he would “enthusiastically” vote for a gas tax suspension, provided the measure protects the state’s bond rating — “which we have indications we can” — and preserves funding for infrastructure projects.

The Longmeadow Democrat said he has “been outspoken with leadership” on the issue. Pressed by host Janet Wu on why no accord has emerged from the State House, he said it has been held up by “getting the coordination and getting the agreement together in the Legislature to make that happen, and we’ve been working on that.”

One of the other two LG candidates, Salem Mayor Kim Driscoll, said earlier this month on the same TV program that she would “definitely be open to” a “short term” gas tax suspension.

Efforts to tack a gas tax holiday onto various legislative vehicles have been soundly defeated by Democratic majorities in the two branches. The Senate voted 11-29 against adding the measure to a midyear spending bill in March, with Lesser joining the majority in opposition. The House followed in April voting 32-124 against baking a gas tax holiday into the fiscal 2023 budget.

After Fattman concluded his remarks in the Senate Chamber Tuesday, the presiding officer shot a rebuttal from atop the dais.

“I would just like to say that I would like the same enthusiasm for us to get a Triple-A bond rating here in the commonwealth,” Sen. Nick Collins of South Boston said.

“We find ourselves saying we may not affect our current bond rating, which is OK, it’s not great. Triple-A is great. City of Boston. Triple-A. So I think we need to be moving our dialogue in that direction as well. And that’s a different dynamic, I think, right now as we’re discussing what to do with revenues as a body,” Collins said from the rostrum.

In an interview after the session, Fattman called the bond rating argument a “red herring.”

“Just look at what Standard & Poor’s said. It’s not going to affect the bond rating if you do a temporary suspension, and other states have done it, and they’re not worried about that, either,” Fattman said.

S&P Global Ratings declared in an April press release that “temporary state gas tax suspensions, implemented recently by a few U.S. states, and under discussion by others, are unlikely to lead to rating changes on highway user tax-supported debt.”

A pending bill — SD 3052 filed by Fattman on March 15 — would suspend Massachusetts’ 24-cent-per-gallon tax until Labor Day. The Senate has not yet referred the three-month-old bill to any committee of jurisdiction.

The average price in Massachusetts dipped 5 cents per gallon from last week, AAA Northeast reported Tuesday, and now stands at $4.99 per gallon. That’s 26 cents higher than the average one month ago — a per-gallon increase larger than the state gas tax.

In neighboring Connecticut and New York, where gas taxes are temporarily suspended, the average retail price is $4.93 and $5.00 per gallon, respectively, according to AAA.

Opponents of suspending gas taxes have warned there’s no guarantee that savings will be passed to consumers.