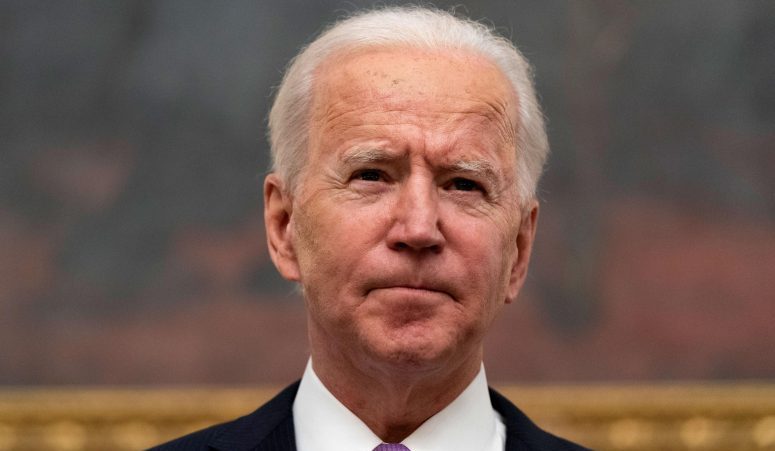 (CNN) — To date, more than 339 million doses of Covid-19 vaccine have been administered to give people protection from the coronavirus; several studies show that the three vaccines authorized for emergency use in the United States work and are safe; and the government continues to give them out in schools and at ball fields, and yet, not one has been formally approved by the US Food and Drug Administration.

By all accounts, the approval process for the vaccines is moving faster than it ever has before. However, the FDA has yet to disclose a timeline for when its work will be complete and data is still being reviewed.

On Wednesday, President Joe Biden told CNN’s Don Lemon during a CNN Townhall that he expects Covid-19 vaccines could get full approval “quickly.”

“They’re not promising me any specific date, but my expectation, talking to the group of scientists we put together… plus others in the field, is that sometime, maybe in the beginning of the school year, at the end of August, beginning September, October, they’ll get a final approval,” Biden said.

Earlier Wednesday, the National Institutes of Health Director Dr. Francis Collins told CNN’s Jim Acosta that full approval could come in the “next couple of months.”

Vaccine maker Pfizer appears to be furthest along in the process.

In July, the company announced that the FDA granted its vaccine a priority review, so that sets the regulatory clock for six months, meaning technically the company should know if it has approval by January. A standard review is 10 months.

The acting commissioner of the FDA, Dr. Janet Woodcock, has said the FDA intends to complete the review in advance of its January deadline.

“So, we all know that’s not going to take that long,” said Melissa Tice, program director of regulatory affairs and assistant professor of clinical research and leadership at George Washington University School of Medicine & Health Sciences.

Because the FDA has already reviewed the manufacturing materials and has been reviewing clinical data all along, Tice said, “We don’t expect it to go the full six-month priority review clock.”

Tice says she thinks full approval for Pfizer’s vaccine could come in September. Some experts like Dr. Paul Offit, the director of the Vaccine Education Center think it may be as early as August.

For vaccine maker Moderna, the company told CNN Wednesday that is does not have a specific time frame for approval. It is still working with the FDA on what’s called a rolling submission for approval — it shares new data with the agency as it is generated.

“We are still in the process of completing our rolling submission, which we announced on June 1st. It is not complete at this time,” Ray Jordan, a spokesperson for Moderna said. “It’s not the case that the FDA has our final submission and that we are waiting to hear from them.”

Moderna expects it may have its materials complete this fall. The time frame for approval would then be subject to the FDA regulatory review process, Moderna said.

Where the process is now

Historically, getting a vaccine licensed by the fall would be fast, especially with as much as the FDA has to review.

At this point, what takes time is that the agency has to go through absolutely everything, it cannot skip a page, and there is a lot of everything.

“When we were reviewing applications back when they were on paper, there was so much, it would not fit on the freight elevator. That’s how big the application is, you have lots of data to review,” said Norman Baylor, who had run the FDA’s Office of Vaccines Research and Review and been through this process several times. He’s the current CEO of Biologics Consulting.

The Covid-19 vaccines received authorization based on interim data that showed the vaccines were safe and effective for only about three months. “Although, when something’s 95% effective, you can assume it’s probably going to be highly effective for awhile,” said Offit.

For full approval, the FDA has at least six months of efficacy data to review. “People are saying ‘why is it taking so long?’ Well, the FDA wants to make sure that it has a protective duration, long term effect,” Tice said. “It’s not that the agency, I think, has any concerns about the vaccine per se, they just per licensure requirements, you have to have this additional data.”

“The FDA does not cut corners on making sure of the quality, the purity, the potency of your products.”

Offit believes the data review should go pretty quickly, since the FDA has been getting data all along. What often takes time is that the FDA has to also validate the process that makes the vaccine for it to be licensed. Every step has to be validated.

“Whether it’s the computers that are being used or cleaning out the vats, or whatever it is, it’s a lot of boxes to tick to ensure that there’s consistency in each lot to the next,” Offit said.

That means an interdisciplinary team of FDA experts is pouring through millions of documents, running their own analysis, getting any clarification that it needs from the vaccine companies, and giving the manufacturing process a thorough inspection.

And it’s not just one FDA person that does the review, Baylor said. There’s a secondary and tertiary review. So a clinician would review the material and then a supervisor would need to review it and then it goes up to the division director.

“We have some reviewers who are reviewing long into the night, really, this is not a 9 to 5 review,” Baylor said. “The public is not aware, but yes people are giving up their vacations, working on weekends, Saturdays and Sundays. You’re working into the night.”

“The FDA is not sitting down twiddling their thumbs,” Baylor said.

While historically, the process has moved quickly, for some it’s not fast enough.

Dr. Eric Topol wrote an editorial for the “New York Times” earlier this month that argued that the millions of people who have gotten these mRNA vaccines demonstrate these vaccines work. “This is the most studied biologic in the history of mankind for safety and efficacy,” Topol told CNN.

“I have been frustrated because I know it should have been approved by now,” Topol said. “Janet Woodcock made a statement that this was ‘among the highest priorities.’ No, it has to be the number one priority.”

In response to Topol’s editorial, the FDA’s current Director of the Center for Biologics Evaluation and Research, Peter Marks argued that “any vaccine approval without completion of the high-quality review and evaluation that Americans expect the agency to perform would undermine the FDA’s statutory responsibilities, affect trust in the agency and do little to help combat vaccine hesitancy.”

Yet, as vaccination rates have dropped dramatically in the US, some have pointed to approval as one sure way to speed up the process.

A Kaiser Family Foundation survey of US adults released this week found that among the one-third of adults surveyed who are not yet vaccinated, 16% said the vaccine was too new, too unknown or not tested enough. Some said in this poll that they wouldn’t get a vaccine until it is required. While companies are allowed to require the vaccine, experts believe more will make it a requirement if — and when — it gets full approval.

“If it was approved with the full approval from FDA — which we all anticipate may be coming pretty soon…Maybe in the next couple of months — then the legal ability to mandate becomes a lot stronger,” Collins, the NIH director, said.