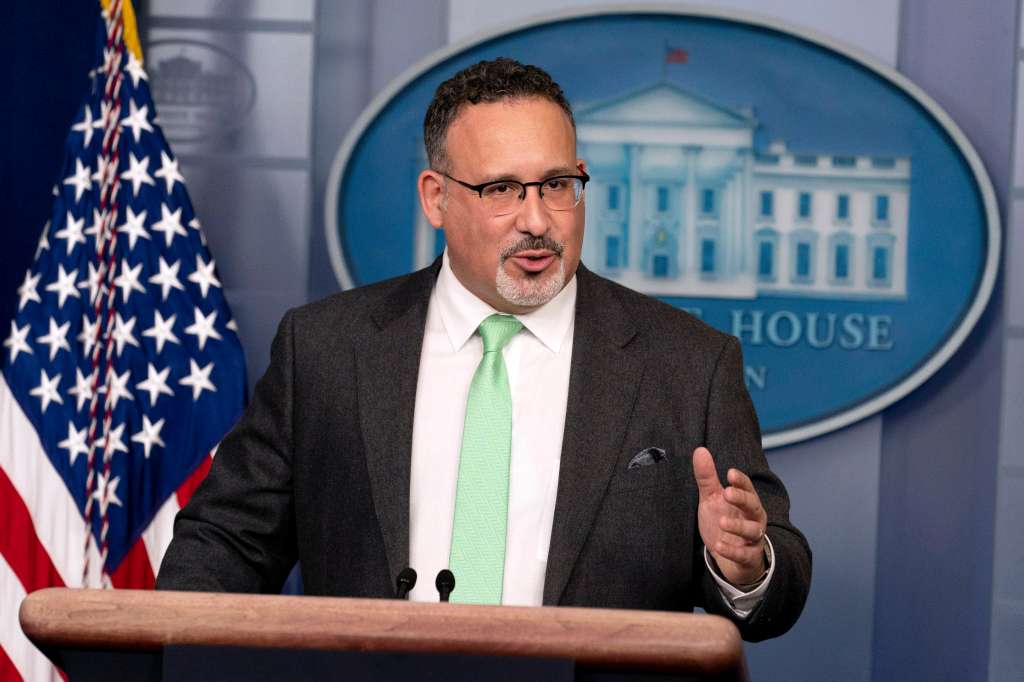 (CNN) — Education Secretary Miguel Cardona is set to announce big changes this week to a federal student loan forgiveness program that aims to provide government and nonprofit workers significant relief but has caused widespread confusion, leaving many people with thousands of dollars of debt.

Borrowers have long complained about how difficult it is to navigate the Public Service Loan Forgiveness program’s qualifying rules with little help from their loan servicers, the companies that handle billing and other services. Many have said they found out they weren’t eligible for forgiveness only after making what they thought were a decade’s worth of qualifying payments.

Under the program, which was signed into law by then-President George W. Bush in 2007, the government forgives the remaining federal student loan debt for qualifying public-sector workers after they have made monthly payments for 10 years. It provides an incentive for workers to stay in lower-paying jobs — like teaching and social work — while paying off their student debt.

More than 1 million borrowers have made at least one qualifying payment, but only a small percentage of those enrolled have received forgiveness. Roughly 5,500 people have seen their debt wiped away, according to the latest government data.

“To build back better we must fix the systems that have been broken for too long. I’m excited that next week we’ll be announcing a major overhaul of the Public Service Loan Program to finally deliver the relief our public servants were promised,” Cardona tweeted Sunday.

The upcoming changes were first reported by NPR.

To qualify for Public Service Loan Forgiveness, borrowers must have the right kind of federal student loan, be enrolled in the correct type of repayment plan and be employed full time in qualifying public-sector jobs — all while making the 10 years of monthly payments.

The first time anyone would have made enough payments to qualify for forgiveness was under the Trump administration during the fall of 2017. But many of those early applicants found that some or all of their loans were not the right kind.

More than 80% of borrowers who have filed forms that did not meet all the program’s requirements have a non-qualifying Federal Family Education Loan, according to government data. Those loans, which were made by private lenders but backed by the government, were mostly phased out after 2010. They were replaced by William D. Ford Federal Direct Loans, which are made by and guaranteed by the government and do qualify for Public Service Loan Forgiveness.

Part of the problem stems from miscommunication between the Department of Education and the loan servicers, as well as between the servicers and borrowers. A 2018 report from the Government Accountability Office found that the department had not provided servicers a definitive source of information for determining which employers qualify borrowers for loan forgiveness.

Congress temporarily expanded the program in 2018, which granted eligibility to some borrowers who had been previously denied. But those with Federal Family Education Loans continued to be left out and the expansion failed to provide immediate relief to many borrowers. The Education Department denied 99% of those applications over the first 12 months of the expansion.

More than 200 organizations, including the nation’s two largest teachers’ unions, are calling on the administration to create a simpler path to cancel debt for anyone who has worked in the public sector for a decade or more.

Some members of the Democratic Party, including Senate Majority Leader Chuck Schumer of New York and Sen. Elizabeth Warren of Massachusetts, have repeatedly called on the Biden administration to go further and cancel student debt of up to $50,000 for every borrower.

But Biden has so far resisted those calls from within his party and instead has focused on making changes to existing programs, like one that provides debt relief for those defrauded by for-profit colleges and another that wipes away the loans of those who are permanently disabled.

Biden has also extended the pandemic-related pause on federal student loan payments until January 31. Borrower balances have effectively been frozen for more than a year, with no payments required on federal loans since March 2020. The relief is even more significant for those seeking Public Service Loan Forgiveness. They are receiving credit toward the 10 years of required payments as if they had continued to make them during the pandemic, as long as they are still working full time for qualifying employers.