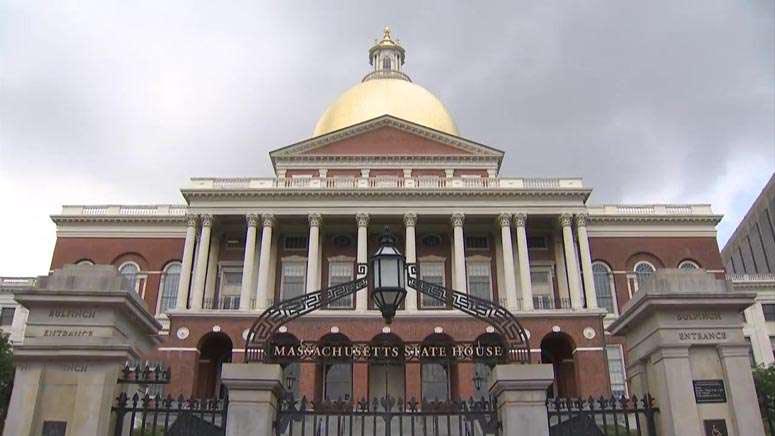 A number of state boards and commissions would need their memberships to better reflect the state’s population based on gender, race, and ethnicity under legislation that advocates say would balance out the makeup of high-profile public bodies.

The bill (H 3157 / S 2077, filed by Rep. Patricia Haddad and Sen. Jason Lewis, was highlighted Wednesday as a way to increase diversity and parity on permanent boards and commissions. The State Administration and Regulatory Oversight Committee held a hearing on the bill Monday where Haddad, Treasurer Deborah Goldberg, and several other lawmakers expressed their support for the proposal.

The bill is aimed at entities like the Board of Elementary and Secondary Education, the Health Connector, Health Policy Commission, Board of Higher Education, and the Massachusetts Port Authority board, to name a few.

“The idea being that we, the state officials, have direct control and authority over those boards and commissions where the appointments are made by state officials like the governor, attorney general, secretary of state, treasurer, House speaker, or Senate president,” Lewis told the News Service. “We want our state government to lead by example so hopefully passing this bill and getting to gender and racial parity will lead to further efforts also in the municipal sector as well as in the private sector.”

The legislation prohibits an appointing authority to place a person on any board or commission if it would cause the number of people of one gender to outweigh the other by more than one-half of the total membership.

It also directs appointing authorities to “make a focused effort to appoint women of color to all boards and commissions” and create and implement “a plan to attract and recruit women of color; and working with community based and professional organizations with large networks of people and women of color.”

“The racial and ethnic composition of each board and commission must, at minimum, reflect the percentage of racial and ethnic minorities in the general population,” the legislation says. “If there are multiple appointing authorities for a board or commission they shall consult each other to avoid a violation of this section.”

EoS Foundation released updated numbers in March that showed progress for white women as board chairs — 34 percent to 44 percent — and men of color as chief executives — 5 percent to 10 percent — but no gains for women of color.

Rep. Tricia Farley-Bouvier said she supports the legislation and noticed women of color “are clearly missing from boards.”

“What I particularly appreciate from Rep. Haddad’s bill is that she gets to the heart of that also and doesn’t leave that out,” Farley-Bouvier said.

Haddad said the bill grew out of a study by the EoS Foundation on representation in Massachusetts’ higher education industry that the Somerset Democrat said found “higher education was not diverse at all.”

“We had few women who were chancellors and we had very few women who were board members,” Haddad said during the hearing. “But now we’ve grown to realize that this is true of all the boards and commissions that are appointed by anybody in the administration, and among the constitutional officers.”

The state needs this bill, Haddad said, because 51 percent of Massachusetts’ population is female and 28 percent of the population is people of color — “but women are underrepresented in key boards.”

The requirements set out in the bill exclude public boards, commissions, committees, and councils that serve as municipal housing authorities. It also does not apply to local or municipal boards and commissions, Haddad said. The legislation also doesn’t affect boards or commissions “whose core mission is to enhance opportunities for specified gender, race, or ethnicity, and whose membership can be comprised of more than 50 percent of that gender, race or ethnicity.”

Lewis also filed separate legislation (S 2080) that would require greater inclusion of women on corporate boards of directors. That bill is before the State Administration and Regulatory Oversight Committee and is not currently scheduled for a hearing.

Treasurer Deborah Goldberg, speaking in support of the Haddad and Lewis’ bill, said it has been one of her missions to make sure appointed public boards and commissions in the state reflect the racial and ethinic composition of the general public.

“My office has developed and continues to refine a framework to assess candidates for public boards and commissions with an eye toward enhancing diversity at all levels,” Goldberg said during the hearing. “And so I welcome the opportunity to work alongside the Legislature and my fellow appointing authorities to achieve the important goals set forth by this legislation.”