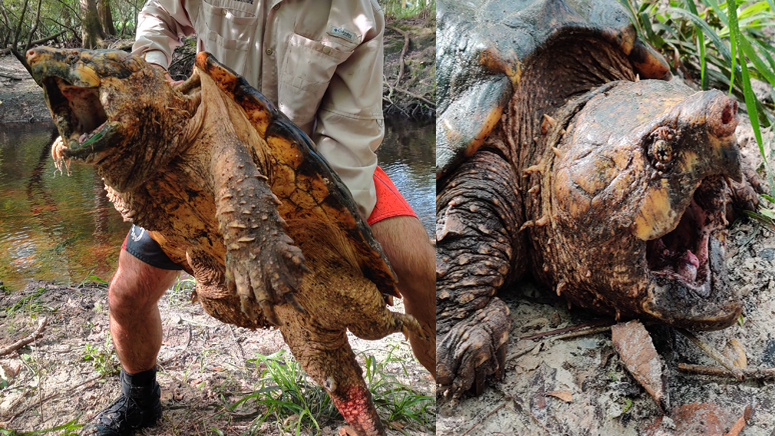 The biologists were checking hoop-net traps in the New River in Gainesville, Florida, last week when they stumbled upon three of the turtles, according to the FWC Fish and Wildlife Research Institute.

In addition to the 100-pound male, biologists also found a 46-pound female and a 64-pound male.

“The New River is a blackwater stream with low biological productivity, so finding a large turtle in such a small stream is unusual,” the research institute said in a Facebook post.

FWC added that it’s collaborating with other researchers in Florida and Georgia to document the distribution and relative abundance of this state threatened species.