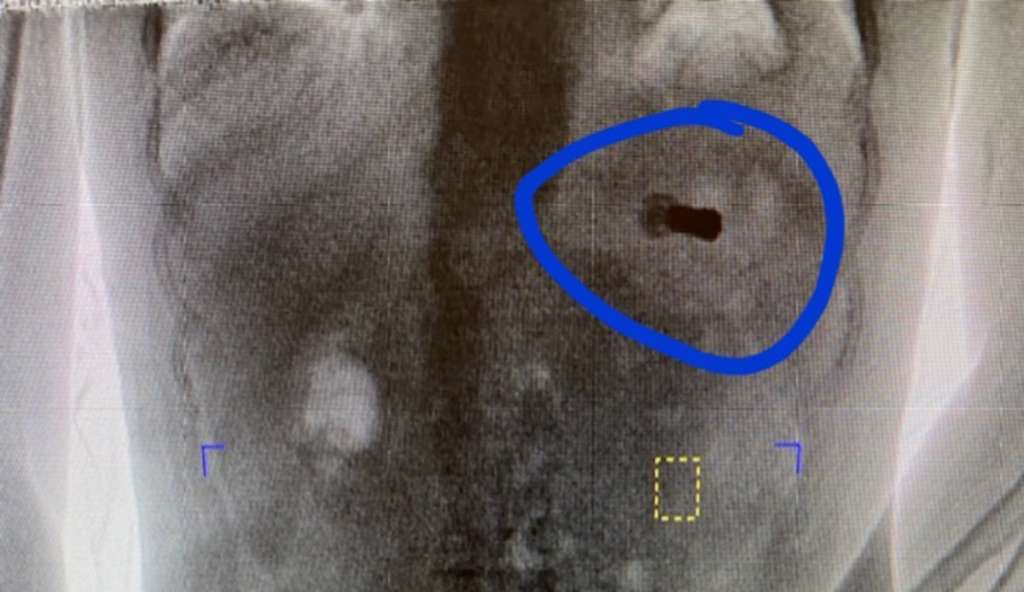 DECATUR, Ala. (AP) — A man being booked into an Alabama jail wound up at a hospital rather than behind bars after a scan revealed a shotgun shell in his abdomen.

Prisoners entering the Morgan County Jail routinely undergo a body scan when being admitted, and a recent image showed what appeared to be a shell from a .410-gauge shotgun that had been swallowed inside a person, spokesperson Mike Swafford said Thursday.

“He was never booked in,” Swafford said. “When our medical staff saw that, they said, ‘He has to go to the hospital.’”

The man, who had been arrested by another law enforcement agency in the county, was later released on his own recognizance, Swafford said, and it was not clear what happened to the shell. Authorities did not release the person’s name or the reason for the arrest.

The Sheriff’s Department posted an image of the scan on its social media account to let people know about the screening process at the jail, Swafford said. While baggies or other containers holding drugs are sometimes uncovered inside prisoners, he said, finding ammunition was unusual.

“We don’t see a shotgun shell very often,” he said. “We speculate it had drugs in it but we don’t really know.”