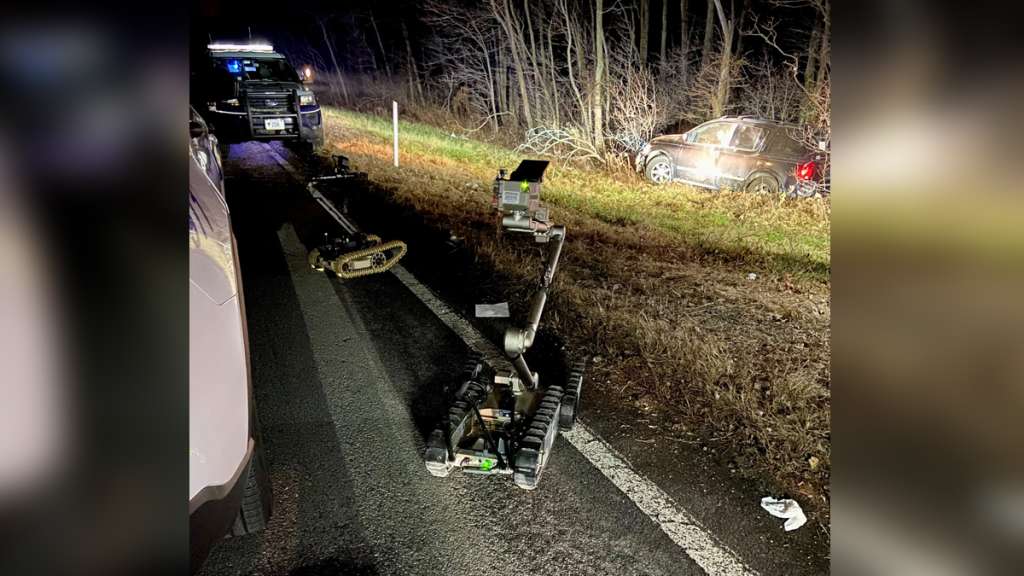 MILFORD, MASS. (WHDH) - A Massachusetts State Police bomb squad used robots to help resolve a tense situation involving an armed man who barricaded himself inside his SUV with a propane tank on the side of a highway in Milford last week, officials said.

Officers on patrol in Milford on the night of Jan. 6 attempted to stop a 35-year-old Southbridge man for committing traffic violations, but he instead fled on Route 109 before crashing in the woods on Interstate 495 south, according to state police.

Troopers who responded to the scene called in crisis negotiators after the man allegedly refused to be taken into custody and threatened to slash himself with a large knife.

The man told negotiators that he had firearms and propane tanks in the SUV, prompting a bomb squad response, according to state police.

Robots that were subsequently deployed provided negotiators with a video feed of what was taking place in the SUV as they worked to deescalate the situation.

The man eventually surrendered without incident. He was taken Milford Regional Medical Center for evaluation.

Bomb squad troopers who examined the vehicle for explosive hazards located a propane tank, which was said to be connected to a portable heater.

It’s not clear if the man is facing any charges.