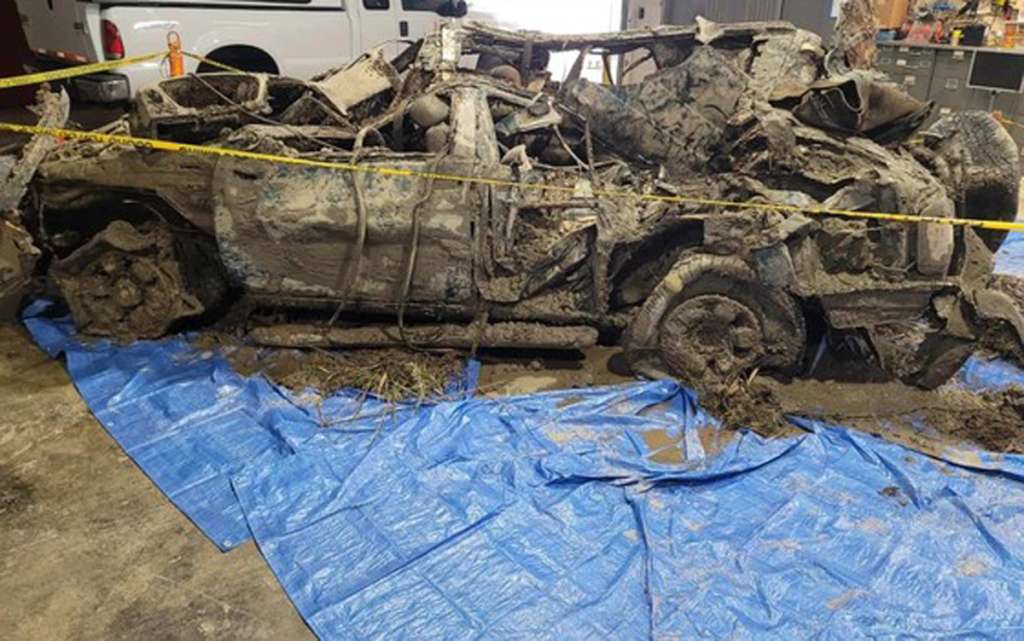 AURORA, Ind. (AP) — DNA testing has confirmed that a bone found in an SUV pulled last fall from the Ohio River in Indiana is from an Ohio woman who vanished in 2002 along with her two young children, authorities said Tuesday.

Dearborn County Coroner Cameron McCreary learned Friday the bone had been confirmed as belonging to Stephanie Van Nguyen, who was 26 when she disappeared with her 4-year-old daughter, Kristina, and 3-year-old son, John, Indiana State Police said.

Van Nguyen, who was from Delhi Township in southwestern Ohio, left a note in April 2002 saying she was going to drive into the Ohio River, but her vehicle was not located at the time, police said.

The 1997 Nissan Pathfinder was found in October submerged in the river near Aurora in southeastern Indiana and a subsequent search of the SUV led to the discovery of one bone, believed to be from a human.

The fibula was taken by Krista Latham and her team from the University of Indianapolis Anthropology Division for analysis by her lab before being transferred to the Ohio Bureau of Criminal Investigation Laboratory for further analysis.

Investigators were able to obtain mitochondrial DNA from the bone that allowed them to identify it as belonging to Nguyen, McCreary said in a statement.

He said that since no other human remains were found inside the SUV, Nguyen’s children will remain listed as an open missing persons case unless remains are located or if the families file for court proceedings to have them declared legally dead.

“I am happy we were able to finally give Ms. Nguyen’s family some closure in this almost two-decade-long search for their loved one,” McCreary said.

After police in Delhi Township reopened the missing persons case last year, divers discovered the SUV with the use of side sonar scan technology in an area more than 50 feet (15 meters) below the Ohio River’s surface and about 300 feet (90 meters) from the riverbank.

McCreary said that once the weather improves, authorities plan to make another dive in the Ohio River to search for additional human remains.