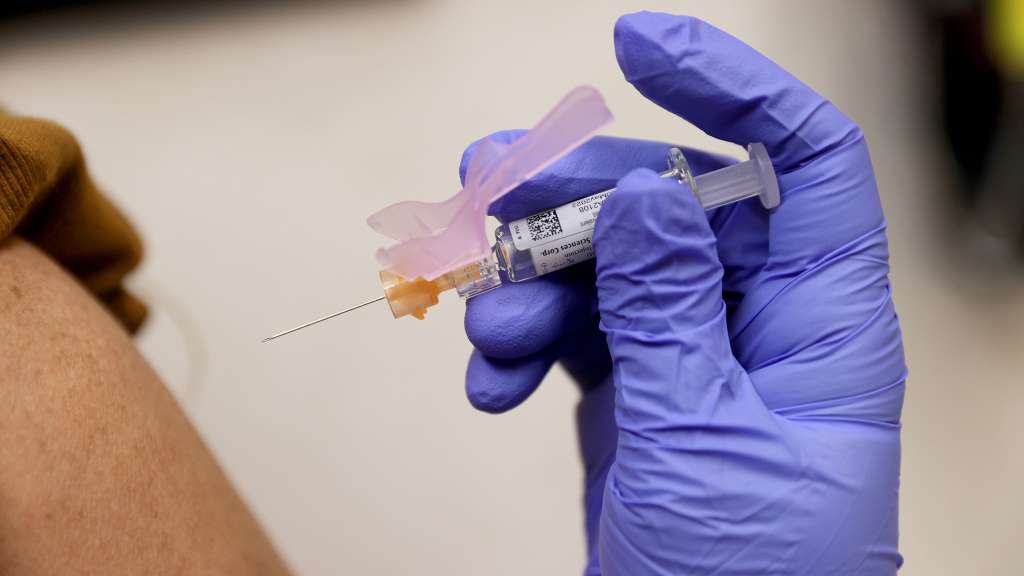 The number of Americans getting COVID-19 vaccines has steadily increased to a three-month high as seniors and people with medical conditions seek boosters, and government and employer mandates push more workers to take their first doses.

Demand is expected to spike in a few weeks when elementary school children can begin getting shots, and some states are reopening mass vaccination clinics in anticipation.

In Missouri, a mass vaccination site at a former Toys R Us store is set to open Monday. Virginia plans to roll out nine large vaccination centers over the next few weeks, including one at the Richmond International Raceway.

Colorado opened four mass vaccination sites in mid-September, largely to deal with employer mandates, and officials saw a 38% increase in vaccinations statewide during the first week.

The total number of doses being administered in the U.S. is climbing toward an average of 1 million per day, almost double the level from mid-July — but still far below last spring.

Organizers of the effort to reach the roughly 67 million unvaccinated American adults say the rise in demand can be traced to approval of the Pfizer booster, mandates that have forced employees to choose between the shot and their jobs and sobering statistics that show nearly all COVID-19 deaths are among the unvaccinated.

“We’re seeing people who need the shot to keep a job,” said Dr. Ricardo Gonzalez-Fisher, who runs a mobile vaccine clinic mostly for Latinos in Colorado.

Last weekend, his clinic delivered 30 shots to people outside the Mexican Consulate in Denver. “On these days, 30 is a very good number,” he said.

Last week, the number of people getting shots at a mall in Charlottesville, Virginia, doubled over the previous week, said Ryan McKay, who oversees COVID-19 operations for the Blue Ridge Health District.

The big push now, he said, is in neighborhoods where rates are low. The health district has set up mobile clinics at weekend basketball tournaments, high school football games and even at a corner market where 20 people were vaccinated in a day.

Alba Lopez in Ohio decided to get the Pfizer vaccine Friday at the Columbus Public Health Department after tiring of twice-weekly testing required by her employer, Chase Bank, and filling out an online form each day indicating whether she had a fever and how she felt.

The vaccine “helped me to avoid all that,” said Lopez, who also figured her company will eventually require it.

Health officials in Springfield, Missouri, an early epicenter of the delta surge, are opening the new vaccination site at the former toy store because they anticipate seeing an influx of people.

“All told, in the coming weeks and months, we are expecting more than 120,000 people to seek vaccine,” said Jon Mooney, assistant director of the Springfield-Greene County Health Department. “We are already experiencing increased demand in the last week or two.”

Cases in the Springfield area are falling, but 78 people remain hospitalized in the city, and federal officials have determined that community transmission remains high.

Mitchell Maccarone, 24, got his second shot Thursday at a CVS Pharmacy in North Smithfield, Rhode Island. He wanted to wait until the vaccine received full FDA approval.

“Before I put something in my body, I want to make sure it’s fully approved,” he said. “I’m also not in a high-risk age group. I am healthy, and I had COVID, and it was really just the sniffles.”

Vaccination sites that opened within the past week in Memphis, Tennessee, and Tampa, Florida, drew mostly people seeking booster shots and only a handful of people getting their first or second shots, said organizers who expect demand to rise.

A bump in vaccinations in Louisiana began in August, when so many were getting sick from the highly contagious delta variant, said Sheree Taillon, vaccine incentive coordinator for the state’s health department.

But now there are few first-timers seeking shots, and most people coming for their boosters are older people and those who rushed to get vaccinated last winter, she said. And COVID-19 deaths and hospitalizations are dropping.

“The fear is leaving yet again,” she said. “I feel that fear is the only thing to get folks vaccinated at this point.”