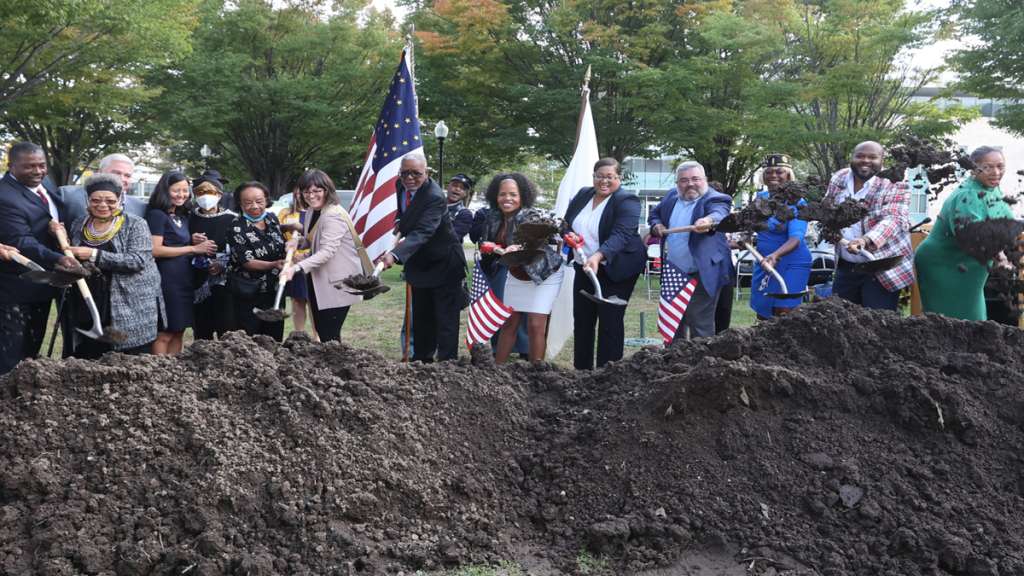 The park in the city’s Roxbury neighborhood is already named after Justice Edward O. Gourdin, but the state on Thursday began the effort to add an eight-foot (2.4 meter) bronze cast statue of Gourdin and 10 bas-reliefs representing Black soldiers in 10 wars, starting with the American Revolution.

Gourdin, a Seminole, was named the state’s first Black and Indigenous Superior Court judge in 1958.

But before he became a judge, Gourdin was an Olympian and a soldier.

He won a silver medal in the long jump in the 1924 Paris Olympics, and served as commanding officer of the Army’s segregated 372nd Infantry Regiment during World War II.

After his discharge, he was a member of the National Guard until 1959, rising to the rank of brigadier general, the first Black soldier to earn the rank in Massachusetts.

Gourdin, who had undergraduate and law degres from Harvard University, served as a judge in Roxbury District Court from 1951 until 1958, and in the state Superior Court until his death in 1966.

“Justice Gourdin was a man of firsts and I’m so thankful to the community partners who have come together to memorialize his legacy,” acting Mayor Kim Janey said in a statement. “Justice Gourdin’s military service in a segregated unit reminds us of all the Black war veterans who did not receive the thanks or treatment they deserved. This memorial will serve as an important tribute to Black service members — past, present, and future.”