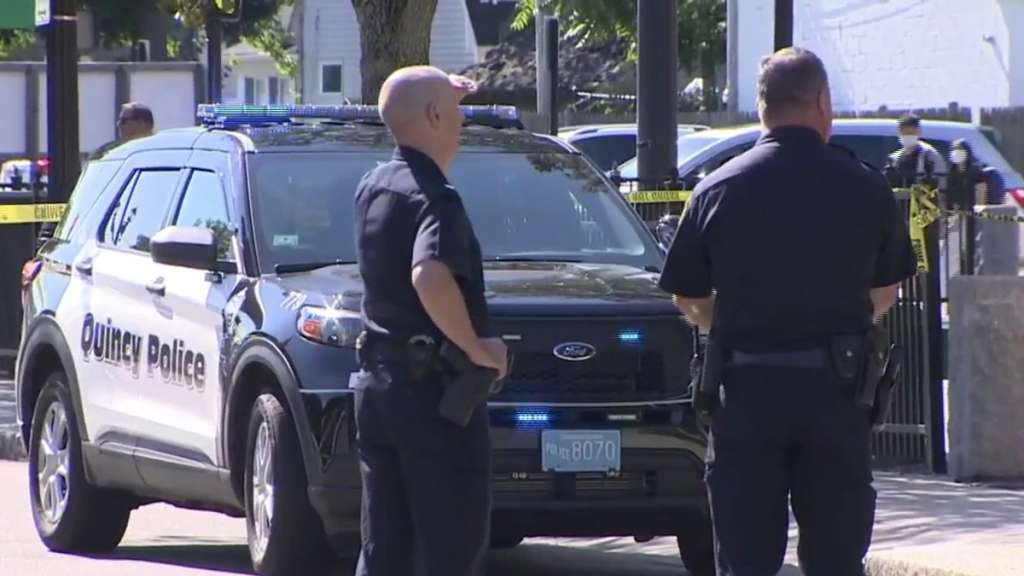 QUINCY, MASS. (WHDH) - Zakar Bell-Warren, 20, of Hyde Park, was arrested and arraigned Tuesday morning in connection with a road rage stabbing in Quincy.

The road rage incident happened in the area of Quincy Shore Drive and Sea Street, and ended in the stabbing near Quincy Catholic Academy. Witnesses said Bell-Warren also had a firearm.

As 7NEWS previously reported, the victim was seriously injured in the parking lot fight.

One witness said the fight appeared to be between two men and started in or near the school’s parking lot, ending after one of the men was chased by the other and stabbed.

“They were fighting about something, but I don’t know, I couldn’t hear it,” said Heath Tebbi, who witnessed the incident and the victim drop to the ground, bleeding.

He said someone at the school soon came running out of the building to help the victim, while the other man ran from the scene.

“He jumps in his car, then he screws out there and he takes a right and he’s gone,” Tebbi said.

Officials said that students and staff who were in the school at the time of the incident were never in danger.

“At no time was there any threat to the school, the Quincy Catholic Academy,” said Quincy Police Sgt. Patrick Faherty. “The Catholic Academy was not put on lockdown. The school continued with their day and they had a controlled release at the end of the day.”