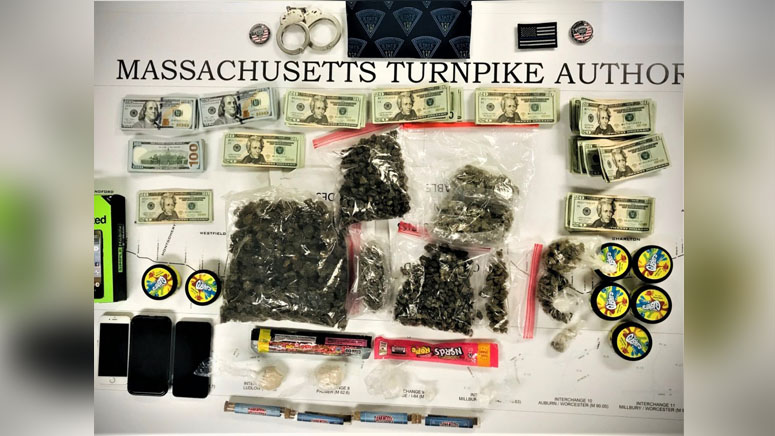 AUBURN, MASS. (WHDH) - A Boston man was arrested Tuesday on drug trafficking charges after 20 grams of fentanyl, 20 grams of cocaine, 80 grams of heroin and nearly 700 grams of marijuana were found in his car, officials say.

Matthew Derat, 20, was ordered to e held on $15,000 bail and is due to be arraigned in Worcester District Court on a number of drug-related charges including, trafficking heroin, fentanyl, and cocaine, according to a release issued Monday by Massachusetts State Police.

Officers patrolling along Route 90 in Auburn noticed a black Dodge Charger with a loud exhaust and illegal window tint.

They pulled Derat’s var over near the Exit 10 ramp and said a large plume of smoke flew out of his car window when he rolled it down to speak with them.

When they asked him to get out of the vehicle to perform a sobriety test, officers said they noticed a small plastic bag drop to the driver’s seat.

Upon searching the vehicle, the seized the illegal substances and nearly $5,000 cash.