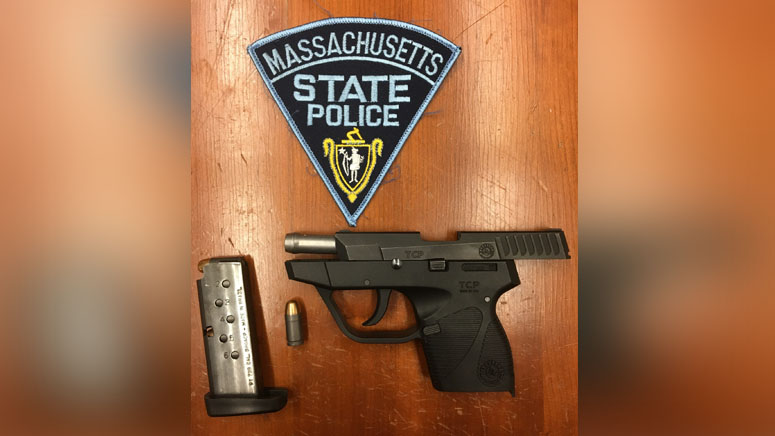 MILTON, MASS. (WHDH) - A West Roxbury man is facing gun charges after state police allegedly found a loaded gun in his pants after a traffic stop in Milton Tuesday.

Troopers patrolling Thacher Street at 1:20 a.m. pulled over a 2019 Jaguar SUV for allegedly not using a turn signal, police said.

The passenger in the car allegedly attempted to flee, and when police caught him allegedly had a loaded Taurus .380 ACP handgun in his pants.