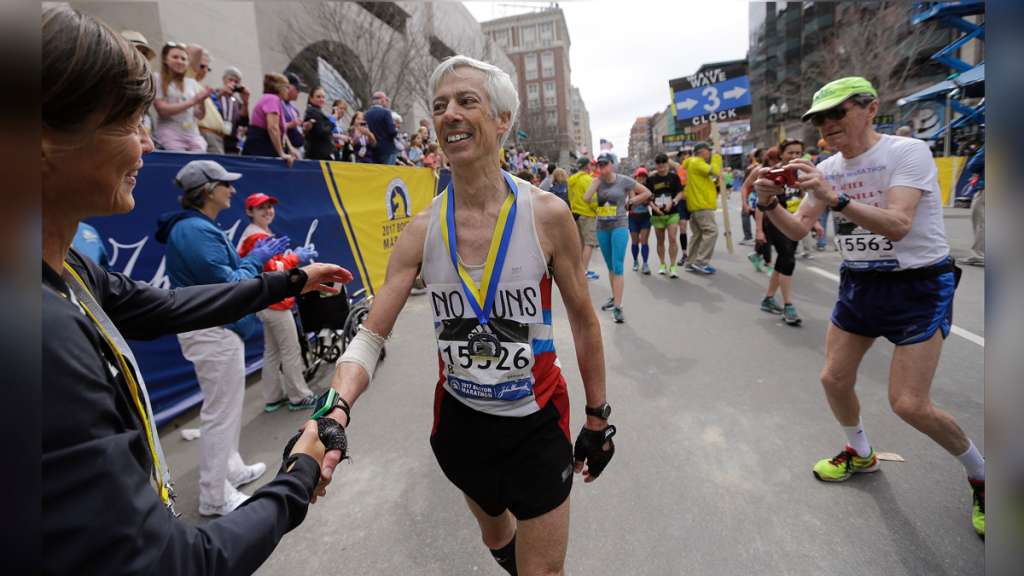 BOSTON (AP) — Ben Beach has experienced a little bit of everything while running in a record 53 consecutive Boston Marathons.

He has navigated minor hurdles, like New England’s unpredictable spring weather patterns. He has experienced personal challenges, like confronting his 2002 diagnosis for dystonia, a movement disorder that causes involuntary and uncontrollable muscle contractions and cramping.

He’s also had his spirit tested, having still been on the course during the 2013 bombing, and then having to plot his own course near his suburban home in Maryland for last year’s virtual edition of race after the in-person event was canceled for the first time since 1897.

The 72-year-old Beach is still going strong as he prepares to run in the first autumn edition in the race’s history.

“I know there are certain imponderables this time. So, it’s a bit of an uncertainty, I guess,” Beach said.

The current ironman of the famed race, Beach is one of just 104 people to have made at least 25 consecutive trips down the 26.2-mile route from the starting line in Hopkinton to the finish in downtown Boston. Only 11 people have active streaks of least 40.

Keeping those streaks alive isn’t as easy as it used to be either.

Beginning with the 2017 edition of the race, only participants who completed the course before the official clock cutoff at six hours qualify to have the continuation of their streaks recognized by the Boston Athletic Association.

Beach finished in just under six hours each year from 2012 to 2018. He then crossed the line in 6:05:35 in 2019. But because runners have six hours from the time the last official starter in the final wave crosses the start line, there’s about a half-hour cushion above six hours to make it under the cutoff.

He finished in 5:24 running virtually last year. His course started in Maryland, where he first met his wife, Carol, at a race, and then snaked down to Washington’s Rock Creek Park, over into Virginia and back into the capital.

Beach is hoping a fall event can help him stay in front of the six-hour barrier. He has run fall marathons before and prefers training from July to October as opposed to the colder months leading up to the normal April start for the Boston race.

“And another factor will be leaves,” he said. “There may be more shade on the course on Monday than there normally is.”

Every little bit helps for a runner far removed from the 18-year-old college kid who first took on the marathon in 1968.

“I think it’ll be interesting to to run it in October up there. So I’m kind of curious,” he said.

Beach acknowledges that he’s starting to feel his age more with each passing year. But he’s trying not to let things like having a little more trouble hearing these days deter him from making his annual pilgrimages to Boston.

He typically has a dinner the night before the race with about 40 family members and friends. Pandemic precautions have reduced that group to just six. His in-person cheering section on Monday will be his son, Carter.

Beach will have other motivations, though.

While he’s already set the standard for the most consecutive Boston Marathons, he is in striking distance of John A. Kelley’s mark of 58 completed runs down the course over seven decades.

It nothing else, he says, it’s a carrot for him to chase.

“I’m increasingly conscious of how large those numbers are. And they’re still out there,” Beach said. “You could look and say, ‘Well, geez, Ben’s pretty close.’ And yeah, that’s true. But boy, each one is a challenge and probably more so each year as I get older. So, still working on it.”