Boston Mayor-elect Michelle Wu to be sworn in on Tuesday 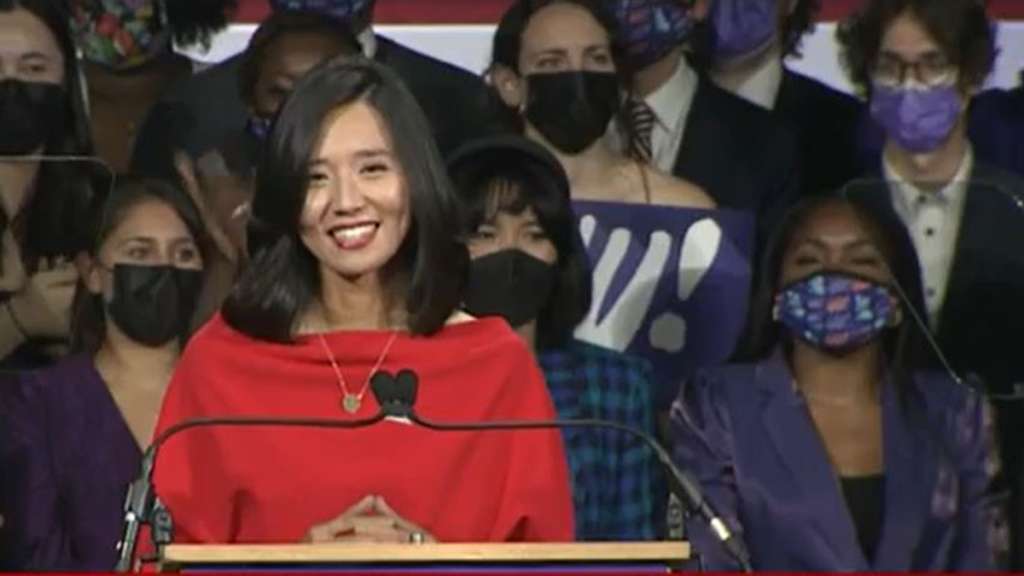 The ceremony will stream live at www.boston.gov.

The election of Wu marked the first time that Boston voters elected a woman or a person of color to the top political job. Before Wu, Boston had only elected white men as mayor.

The swearing-in means Wu will now face the daunting task of trying to make good on a series of sweeping policy proposals that were the backbone of her campaign.

To help push back against soaring housing costs that have forced some former residents out of the city, Wu has promised to pursue rent stabilization or rent control. The biggest hurdle to that proposal is the fact that Massachusetts voters narrowly approved a 1994 ballot question banning rent control statewide.

Another of Wu’s top campaign promises is to create a “fare free” public transit system. Wu has said the proposal would strengthen the city’s economy, address climate change and help those who take the bus or subway to school or work.

Like the rent control pledge, Wu can’t unilaterally do away with fares on the public transit system. Wu has said she would try to work with partners in state government to make each proposal a reality.

The 36-year-old Wu, whose parents immigrated to the U.S. from Taiwan, grew up in Chicago and moved to Boston to attend Harvard University and Harvard Law School.